Divorce is rarely pleasant. But, not all divorces are high conflict screaming matches. Even if your soon-to-be ex-spouse has a high-conflict personality, there are many things you can do to try and keep the divorce as smooth as possible. It is in the interest of both parties to be civil, because the more conflict there is in the divorce, the higher the attorney fees will be and the longer the divorce will take to get finalized.

Step Back Before You React

There are a lot of different emotions going through both sides of a divorce. You spouse will probably do or say several things during the divorce that make you angry. Before you react to anything you need to take a step back. 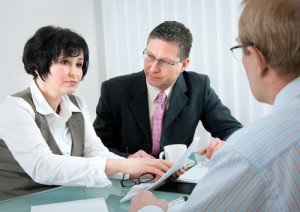 Ask anybody who has been through a divorce and he or she will invariably tell you that the process can be very challenging. Even the most amicable of situations can be complicated by a number of unforeseen difficulties. While you will never be able to completely remove all stress and challenges from divorce, there are a few things that you can do to prepare. These considerations are relatively simple in nature, but will likely require you to take an objective view of the situation, and may be more easily accomplished with the help of a qualified divorce attorney.

Know What You Have

If you are already considering divorce, it is time to begin taking stock of what you own, both as a couple and individually. Make a comprehensive list of your assets and include everything you possibly can, including real estate, vehicles, investment accounts, household furniture, artwork, and anything else that may have value.

Tagged in: Division of Property Geneva family law attorney parenting plan preparing for divorce what you have what you owe what you want
Continue reading

Right of First Refusal in Illinois 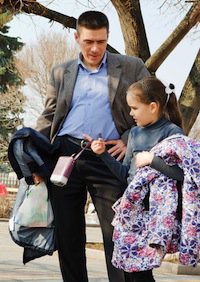 After a divorce or other situation leading to the creation of a child custody order, most parents are granted certain amounts of time with their child or children. This time may be rather significant, as would be the case for a parent who was awarded sole custody of a child, or it may be relatively limited, as would be the case for a parent with visitation for a few days each month. For many other parents, their time with the child often falls somewhere in between. Challenges may arise, however, when, for whatever reason, a single or divorced parent needs to find alternative care for the child during his or her arranged parenting time. In such situations, the Illinois law regarding the “right of first refusal” may be invoked.

Under the Illinois Marriage and Dissolution of Marriage Act, any child custody arrangement involving joint custody or rights of visitation may also include provisions for the right of first refusal. The terms of first refusal rights may be amicably negotiated by the parties or determined and awarded by the court to one or both parents. As with most child-related issues, the best interest of the child is expected to remain the highest priority in making such a determination.

Posted on April 8th, 2015 in Child Custody and Support 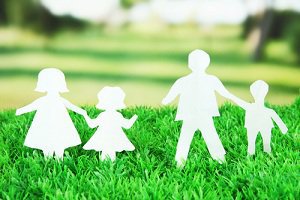 Unmarried or divorced parents generally share at least one common interest: the well-being of their children. Following a break up or divorce, however, the law requires arrangements regarding the children to be established and custody may be granted to one parent solely or to both parents under a joint custody order.

When parents are granted joint custody of child, each parent retains equal decision-making power related to the child. This means that parents will be expected to work together to provide for their child and to make decisions related to health care, education, religion, rules and discipline, and other practical considerations. When petitioning for joint custody, parents must demonstrate their commitment to such an arrangement by developing and presenting to the court a Joint Parenting Agreement, or JPA.

Falling Divorce Rate May Not Be Good News for Some 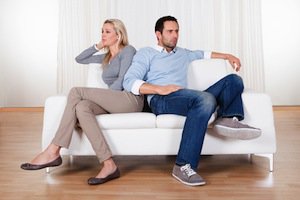 While studies have been done and some are undoubtedly ongoing to better analyze the current state of marriage and divorce in the United States, statistical data from the federal government suggest that the divorce rate has been falling for more than three decades. Certain research projects have disputed the decrease of the divorce rate, but when looked at in terms of divorces per capita, there is little doubt the overall trend is headed downward.

It is possible that a lower nationwide divorce rate indicates an increasing level of marital happiness. However, it could also mean that less couples are getting married, and therefore divorce is never an option, or that other factors are keeping a marriage intact despite unhappiness in the relationship. More than likely, all of these factors are contributing in some way to the lower rate of divorce.

Staying in an Unhappy Marriage