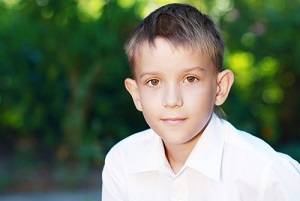 One of the most talked about Hollywood marriages is reportedly coming to end, as Angela Jolie has filed for a divorce from her husband, Brad Pitt. The two have been married since 2014, but the relationship began back in 2004. Sources close to the duo say that the couple was planning to adopt a seventh child before their split. The couple became a poster child of sorts for international adoptions after adopting three children from Cambodia, Ethiopia, and Vietnam during the course of their relationship.

Adoption is an option for families who cannot or choose not to have biological children of their own. Of course, other couples—like Pitt and Jolie—may utilize adoption in addition to having biological children. Roughly one out of 25 couples has chosen to adopt a child.

Considerations for an Older Child

Often, when a person thinks of adoption, they imagine a newborn baby. However, the average age of a child waiting in the foster care system to be adopted is actually 7.7 years old. Some families are hesitant to adopt an older child. They may fear that the child will not bond with them or will have already developed poor habits or character traits. Some families worry that the child will be dangerous or pose a threat to their other children. Others simply cannot imagine not being involved in their child’s early formative years.

Older children need love and security just as much, if not more so, than infants. The foster care system leaves many children longing for a permanent family. Adopting an older child comes with additional challenges but also additional rewards. Only you can decide which aged child is right for your family.

If you are considering adopting a child of any age, contact an experienced Kane County family law attorney for assistance with navigating the process. Call 630-232-9700 for a confidential consultation at The Law Offices of Douglas B. Warlick & Associates today.