Adopting a Child Who Is Related to You 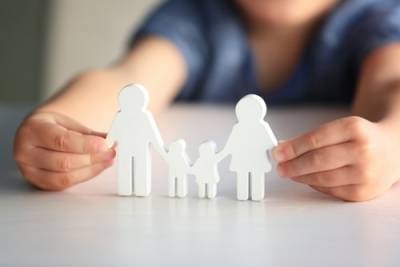 Adoption has become a fairly common way to expand one’s family in this day and age. In many cases, children are adopted from foster care, but occasionally, an adult may decide to adopt a member of their own family for a variety of reasons. While this may sound unusual, it is more common than many believe, and it can be a faster way to remove a child from an uncertain situation, giving them a stable home. If you are considering this option, it can help to be familiar with the process.

The primary concern in such cases is whether or not the biological mother and father have abandoned or signed away their parental rights, or whether they are still the legal custodians of the child in question. The Illinois Adoption Act holds that both parents must waive their rights before a child can be adopted by anyone, and this does apply to a parent who has been inactive in a child’s life. For example, an absent father has the right to decline his consent to the adoption if he can be located. Usually, this means that you must show due diligence in your attempts to locate the father, with the matter being considered closed if you are unsuccessful after six months to one year.

The only way that parental rights can be waived without the person’s consent is if a showing of unfitness is made by the family court. A parent can be declared unfit if certain conditions are met, such as if they abandon the child or perpetuate substantial neglect or cruelty. If the mother or father of the potential adoptee is declared to be an unfit parent, it means that their consent is not required for the adoption to progress.

The Rest of The Process

Once parental rights have been dealt with, the rest of the process is often fairly straightforward. While there is no legal directive that states that relative adoptions will be quicker than adoptions from foster care, it is common that they are indeed quicker simply because the child will often have a relationship with the relative in question. The relative will also often have access to relevant information about the child—such as his or her history—that a non-relative may have to investigate or discover on their own.

A relative that intends to adopt must still go through a home study in most cases. A home study is conducted in any potential adoptive home to assess the level of stability and safety that it will offer to a child. The results tend to be available reasonably quickly with turnaround time usually being about two months. Once a home study has been concluded, the official petition for adoption can be filed.

Adopting children, especially children you know, in order to give them stability is a noble act. However, it is imperative to do it properly and without any missteps. Contact an experienced Kane County adoption attorney today to discuss your situation. Call 630-232-9700 for a confidential consultation with a knowledgeable member of the team at The Law Offices of Douglas B. Warlick & Associates.