Age Is Often a Factor in Divorce 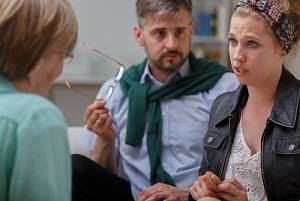 There are countless factors that can lead to trouble in a marriage. Some may be dangerous or destructive behavior on the part of either spouse, such as cheating, drug or alcohol problems, or mental or physical abuse. Others, however, may be just as important but beyond the control of either spouse, as factors like age, race, and religious differences can also affect marital stability, ultimately leading to divorce.

An example may be found in the recent announcement by model Shannon de Lima and singer Marc Anthony that their two-year marriage is coming to an end. This did not come as a surprise to many as the couple has had a rocky marriage. Some have even suspected that divorce was on the horizon for the couple after an on-stage kiss between Anthony and his ex-wife Jennifer Lopez a month ago.

Another factor that may have led to the couple’s split was the 20-year age difference between the spouses. Anthony is 48 while de Lima is 28 years old. Age differences can sometimes add extra difficulty to a marriage due to disparate experiences and values. According to a study from Emory University in Atlanta, the rates of divorce rise considerably in relation to age difference. A one-year age difference increases the likelihood that a couple will divorce by 3 percent, and a five-year gap means a couple is 18 percent more likely to split. The statistics are even more shocking for those who are more than 10 years older or younger than their spouse. Couples with a 10-year age difference have a divorce rate 39 percent higher than average and those, like de Lima and Anthony, with an age gap of 20 years are 95 percent more likely to divorce.

Disagreements regarding children may become a problem when one spouse wants to have children and the other does not. Children from previous relationships can be a source of tension as well. Sometimes, even simple differences like tastes in music and movies can increase the likelihood that a couple will divorce. Those of different ages often have different values and beliefs. Healthy marriages require the couple to have at least some shared interests and hobbies. Of course, every marriage is different and there are couples with large age differences that are very content.

If you and your spouse have tried everything to salvage your marriage, but have been unable to do so, contact an experienced Geneva family law attorney. Call 630-232-9700 to schedule a confidential consultation at the Law Offices of Douglas B. Warlick & Associates today. We will provide the guidance you need and the responsible representation you deserve.