Beyond the Basics of Prenuptial Agreements

Posted on May 12th, 2017 in Prenuptial and Postnuptial Agreements 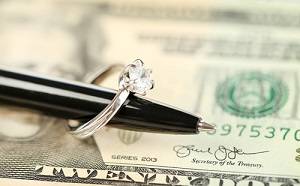 Many people are familiar with prenuptial agreements,or “prenups," and some of their pros and cons. However, what most do not know is that they can actually be quite complex and may include much more than standard asset division terms. They are also not as ironclad as popular culture paints them to be. It is imperative that before you enter into a prenuptial agreement, you should have a good understanding of exactly how they work.

What to Include and Leave Out

The are two common reasons why a couple may choose to into a prenup: to protect one spouse from the consequences of the other’s debt or to ensure that provisions are made for the children of a previous marriage. Inheritance laws in most states immediately default to a person’s children from their current marriage, so if there was a promise, for example, to save a personal item for a child of one’s first marriage, it can be advantageous to note that in a prenup. Prenuptial agreements are legally binding unless it can be proven that the agreement is unenforceable.

The provisions you include should almost exclusively deal with financial matters. A prenup is not the vehicle to address future child custody or who should take the trash out every day. While asset division is usually thought to be the province of divorce law, earmarking certain items in a prenup is perfectly legal. It is also important to note that Illinois and the other states that have ratified the Uniform Premarital Agreement Act explicitly ban any provisions being made for child custody or support in the event of divorce, but do permit most provisions regarding spousal support to stand.

How to Set Aside an Unenforceable Prenup

The law in Illinois explicitly sets out what two parties may and may not include in a valid prenuptial agreement, as well as the procedure for making changes in the agreement—namely, a written agreement of both parties. Sometimes, however, one or both spouses may seek to set the prenup aside, arguing that it is unenforceable.

In order to do this, the party seeking to set aside the agreement must be able to prove that:

Unconscionability is usually proven by showing that one party was either not sufficiently informed of the other party’s finances, due either to oversight or malicious intent. Without all the relevant information, an agreement as to finances is unconscionable because one party simply could not make an informed decision.

It is also possible for a prenup to be set aside if one or both parties prove that the document was executed so poorly that it should never have been signed. This is somewhat less common than proving unconscionability, but it does happen. If this is the case for you, a court may deem the document unenforceable.

Despite the best intentions, sometimes parties simply cannot agree on what should go into a prenup or how to enforce it. At that point, a competent family law attorney can make all the difference. Contact an experienced family lawyer in Geneva for guidance with your concerns regarding your prenuptial agreement. Call 630-232-9700 for a confidential consultation today.