Posted on December 29th, 2014 in Child Custody and Support 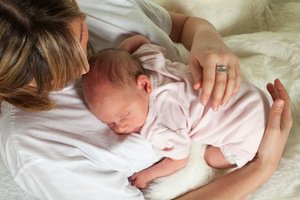 Years ago, it was considered a scandal if a woman had a child out of wedlock. But today, this is no longer the case. Couples are now making the decision to fill out a birth certificate before they fill out a marriage certificate. And for parents who have a child before marriage, there may be emotional and legal issues to consider.

A recent study discovered that couples, who eventually plan to get married, are better off making that move before their child turns three years old. This helps a child to form the strongest bonds possible with both parents.

The study was performed by researchers from Duke University, who examined information from 5,200 children who were born to unmarried parents. Titled, “Magic Moment? Maternal Marriage in Children Born out of Wedlock,” the study suggests that the “magic moment” parents feel right after a baby is born actually lasts longer than prior research held it did. This magic moment is what researchers refer to as the time that an unwed couple would be more open to the idea of marriage.

The issue, says lead researcher Christina Gibson-Davis, is that the longer parents wait to marry, the more fragile their marriage may be, and can eventually lead to future divorce. Within 10 years of the marriages, 38 percent of the post-birth marriages had ended in divorce.

When a married couple decides to split, a divorce action will address child custody and child support. However, for couples who were never married, a separate legal action will need to be filed. Contact an experienced Geneva family law attorney to find out more information about child custody matters.