The Changing Face of Marriage (and Divorce) in Illinois

On November 5, 2013, Illinois became the 15th state to legalize same-sex marriage as both the House and Senate passed the Religious Freedom and Marriage Fairness Act.  These are indeed exciting times for supporters, and it appears that equality for all is truly the mantra of this new generation.  Those pushing for a change in the law often referenced what the Declaration of Independence so aptly espoused, “We hold these truths to be self-evident, that all men are created equal, that they are endowed by their Creator with certain unalienable Rights, that among these are Life, Liberty and the pursuit of Happiness.” 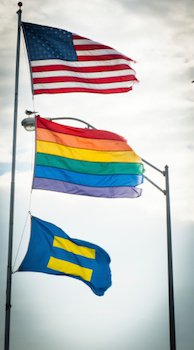 With that change, however, come new challenges and the inevitability that even a same-sex marriage may not work out like the couple had hoped.  Enter the very real possibility that there will be a growing market-place for same-sex divorce.

No matter what the sexual orientation of the couple, they are still a couple and they will face the same joys, challenges, and hardships that every other couple across the planet has at one point or another faced.  Sometimes those challenges are easily overcome but in some instances, they prove to be insurmountable and divorce becomes the only answer.  In states where same-sex marriage has been legal for some time, there have already been reports of divorce among same-sex couples.

We only need look to our neighboring state to the north for some guidance on the future. Minnesota recognized same-sex marriage on August 1st 2013 and there are already couples filing for a same-sex divorce.  As a recent story on the situation explains, there is a significant amount of “grey” area when it comes to these new laws, covering issues such as property distribution, child support, and custody.

In the unfortunate event that a divorce is inevitable, you should contact an experienced Geneva family law attorney to find out what your options are regarding divorce, custody proceedings, or any other questions you may have.  Experienced legal counsel will be in the best position to help you navigate the emerging issues and laws that come with same-sex marriage and divorce.