Complexities of Ending an Arranged Marriage 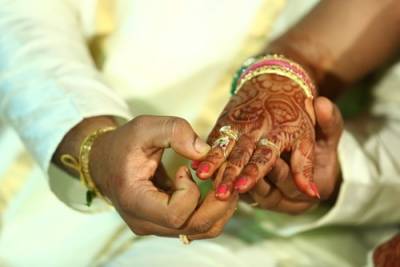 Arranged marriage is an unfamiliar concept to most residents of the United States. However, it does happen in this country, and it is important to understand that certain cultural factors may play a role in arranged marriages. This is especially true when it comes to attitudes about divorce. It takes a uniquely sensitive and experienced professional to be able to handle both the legal and the cultural hurdles of this unusual situation.

The proponents of arranged marriage point to a low divorce rate—about 6 percent worldwide, according to UNICEF data—as one of the advantages of the institution. Compare this to the most recent data available on divorce in the United States which is generally reported as between 35 and 45 percent. However, these figures may not be completely reliable, primarily because arranged marriage most often occurs in cultures that have an inherent taboo against divorce, if they recognize it at all.

Regardless of the religious and cultural components in an arranged marriage, the same legal requirements apply to every couple who wishes to divorce in Illinois. Issues like property division, spousal support and child custody will be decided in court, though additional proceedings may occur within the family or in a cultural or religious court - for example, Jewish women who divorce must obtain a “get,” which is a document that permits her to marry another man. The get is not legally binding, however. Under Illinois law, she would be permitted to marry again as soon as her civil divorce case is finalized.

Despite the legalities being the same, any good attorney is aware that the cultural differences may affect the process. For example, there is a documented history of stigma of divorce  among cultures and communities who are more likely to practice arranged marriage. Among South Asian communities, even those in the United States, divorcees are often ostracized or disowned. AStigma and shame from one’s family and social group may lead a spouse to accept or reject a divorce out of fear of repercussions. For example, a man who may have no personal problem with divorcing his wife may refuse out of fear he will be shamed by his family afterward. In extreme circumstances, what was a simple divorce may turn into a domestic violence case.

If you are currently suffering in an arranged marriage, you need professionals who are sensitive and who understand the problems you are likely to face. The skilled Geneva divorce lawyers at The Law Offices of Douglas B. Warlick & Associates are both knowledgeable and compassionate, and we know that proceeding with caution is critical in such a delicate situation. Contact us today to discuss your options.