Contesting a Divorce and Available Defenses 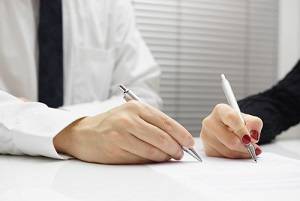 A non-filing spouse may choose to “fight” a divorce for a variety of reasons. Many people do not want to accept blame for the couple’s problems. In other situations, there may be fear that fault for the breakup could be considered in a property or parenting agreement and the spouse does not want to be at risk for an unfavorable decision. Some people may want to stay married and believe that, given time, the couple could work things out, while other people simply do not like to lose. Whatever your reasons, it is important to know your options under the law.

To obtain a divorce in Illinois, the filing spouse must prove by a preponderance of the evidence that “irreconcilable differences have caused the irretrievable breakdown of the marriage” and that “efforts at reconciliation have failed or that future attempts at reconciliation would be impracticable and not in the best interests of the family.”

In most situations, one spouse’s testimony is sufficient to convince a judge that a divorce should be granted. The way the law is written, just about the only defense available is that there may be a chance of future reconciliation. Such a defense, however, is basically an admission that prior reconciliation attempts have failed. Moreover, the broad statutory language – “impracticable” and “best interests of the family” – makes a no-fault divorce difficult to defend.

The bottom line is that courts are very reluctant to force people to remain married when it is clear that at least one person wants out.

For many years, a divorce could also be sought on the basis of fault allegations, such as adultery, cruelty, abandonment, or substance abuse. Such cases were dependent on the filing spouse being able to prove the existence of negative or destructive behaviors. Common defenses to fault-based divorce included:

Beginning in 2016, however, the state of Illinois eliminated fault grounds for divorce, meaning that a divorce will only be granted on the no-fault grounds of irreconcilable differences. As a result, your ability to contest your spouse’s divorce filing may be significantly more limited than it was in the past. To learn more about your options and the law in Illinois, contact an experienced Geneva divorce attorney. Call 630-232-9700 for a confidential consultation.