Posted on December 31st, 2015 in Child Custody and Support 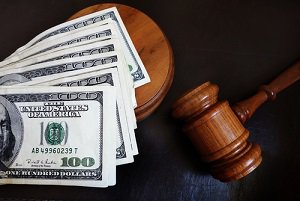 In today’s world, it is not uncommon for an unmarried couple to have a child together. In fact, many couples who are not married intentionally procreate, creating an effective, though not legally-protected family unit. When such a relationship ends, or if there was never much of relationship from the beginning, one parent—and often the parent with less parenting responsibilities—is generally required to make child support payments to assist with meeting the child’s basic needs.

Once an order for child support has been entered, every missed payment is logged by a state agency tasked with support enforcement. It is understandable, to a certain extent, that a supporting parent may occasionally have trouble meeting his or her obligations. Once in a while, though, you will hear a story in which back-payments of child support have gotten completely out of hand.

A recent account out of Omaha, Nebraska, reported that a man was in family court last week to respond to concerns that he was more than $50,000 in arrears on his child support obligations. The major complicating factor, however, is that the man reportedly has at least 13 children with 11 different mothers. Inconsistencies in court and medical records suggest that the man may even have two additional children with two other women, bringing the total to 15 children with 13 women.

The presiding judge gave the man 30 days to begin paying down his debt or face 90 days in jail. “This is not cool,” the judge said, stopping short of asking the man to name each of his children, a relatively common test among certain judges for alleged “deadbeat dads.”

In the state of Illinois, a parent’s obligation for child support is calculated based upon his or her net income and the number of children being supported. Consideration may be given to the individual circumstances of the child and the parents. Failure to comply with ordered obligations, as in Nebraska, can result in sanctions being issued by the court, including the suspension of driving privileges, periodic imprisonment and wage garnishment.

If have fallen behind on child support payments or need assistance in collecting back payments of child support from your child’s other parent, contact an experienced Geneva family law attorney. We will review your case and help you protect your rights and those of your child as well. Call 630-232-9700 to schedule a confidential consultation today at The Law Offices of Douglas B. Warlick & Associates.