The Actual U.S. Divorce Rate Is Probably Not What You Think 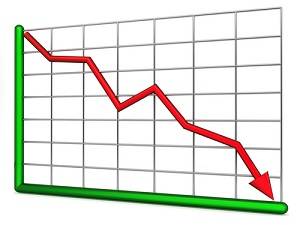 In today’s American society, everyone “knows” that half of all marriages end in divorce. We have been hearing it for years, so it must be true. The divorce rate in the United States is probably around 50 percent, then, right? Wrong. Sociologists and relationship experts from across the country are increasingly challenging the notion of a national 50 percent divorce rate, and on closer inspection, they have some pretty convincing arguments.

At first glance, it would seem like statistics from the federal government support the idea that half of American marriages are doomed to fail. For 2014, the Centers for Disease Control and Prevention (CDC) reported the rate of marriage to be 6.9 marriages per 1,000 U.S. residents. The CDC also reported, for the same year, that there were 3.2 divorces per 1,000 residents, just under half of the rate of marriage.

These numbers, however, fail to tell the whole story. First of all, the CDC acknowledges that the statistics are incomplete, due to inconsistent reporting from various states. The marriage number does not include any data from Georgia, while the divorce rate is missing information from California, Georgia, Hawaii, Indiana, and Minnesota. It is impossible to put together a puzzle if you do not have all of the pieces.

The other main reason that raw numbers can be so misleading is that marriage and divorce generally involve separate segments of the population. Those who are got married in 2014 are not the same individuals who got divorced in 2014, with a few possible exceptions. The divorce rate in 2014 has more to do with marriages that took place years ago—decades in some cases—than it does with today’s marital unions.

What Is the Real Divorce Rate?

Due to the nature of marriage and divorce, along with added complications such as remarriage, widowhood, and more, it is nearly impossible to deduce a true national divorce rate. But, there are some numbers worth considering. According to a 2009 U.S. Census Bureau report, somewhere around 31 percent of marriages—including first, second, third, etc. marriages—end in divorce. Even more surprising to many was the Census Bureau’s finding that more than 70 percent of those who got married were still married to their first spouse.

Both statistically and anecdotally, it may be possible to refute reports like these, but one thing seems pretty clear: half of all marriages are not ending in divorce today. The real number is probably somewhere between 30 and 40 percent, yet it seems that the 50 percent myth will continue to persist.

The national divorce rate likely means very little to you when you are trapped in an unhappy, unhealthy marriage. To learn more about your options for divorce, contact an experienced family law attorney in Geneva. We will meet with you to discuss your situation and work with you in finding the solution that meets your specific needs. Call 630-232-9700 for a confidential consultation today.