Why the Divorce Rate Is Not as High as You Think 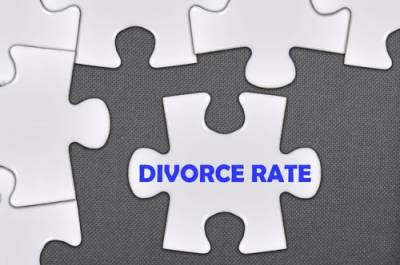 If you have heard it once, you have heard it a thousand times. “Half of all marriages end in divorce.” The idea has been repeated so many times over the last several decades that it is come common “knowledge.” The main problem is that it simply is not true. In addition, many experts believe that it never really was.

It is difficult to know for sure exactly when and where the 50 percent myth originated but many sociologists point to the National Vital Statistics System (NVSS) managed by U.S. Centers for Disease Control and Prevention (CDC). In 2000 and 2001, for instance, the NVSS compiled data that found that there were 8.2 marriages per 1,000 people in the United States to be 8.2 marriages. During the same two years, the NVSS reported 4.0 divorces per 1,000 people. A quick estimate confirmed that the divorce rate was half of the marriage rate, so the half of all marriages must end in divorce, right? Well, not exactly.

There a number of issues with this oversimplification. First of all, there are questions about the total number of marriages and divorces reported to the CDC. In 2000 and 2001, all 50 states provided their marriage records, but divorce records were only counted from 46. California and Indiana have not been included in CDC divorce reports since 2000, and in those particular years, Louisiana and Oklahoma did not provide data. Even assuming that the inclusion of those 4 states would not have affected the rate in a statistically significant way, there are additional reasons why a “per 1,000 people” rate is not sufficient.

Marriage and Divorce Over Time

In 2014, the CDC reported that nearly 814,000 couples divorced or obtained an annulment, not including couples in California, Indiana, Georgia, Hawaii, or Minnesota. How many of those people got married in the same year? While there were probably a few exceptions—including individuals who had to wait for their divorce to finalize before they could remarry—almost all of the marriages and divorces involved a different set of couples. Virtually all of the couples who divorced in 2014 were married in previous years, and many were married in previous decades. This means that the trying to correlate the marriage rate and the divorce rate in the same year makes very little sense.

While measuring the actual divorce rate is much more difficult and requires careful adjustment for demographics, many experts believe that less than 35 percent of marriages actually end in divorce. In certain age groups, the rate may be higher—and may even approach 50 percent—but the rate is also much lower in others.

Work With a Qualified Attorney

If you are facing the prospect of divorce, there is much more at stake than simply becoming a statistic. An experienced Geneva divorce attorney can help you with all of the considerations associated with ending a marriage in Illinois. To learn more about how we assist you, call 630-232-9700 for a confidential consultation today.