Posted on September 7th, 2016 in Divorce 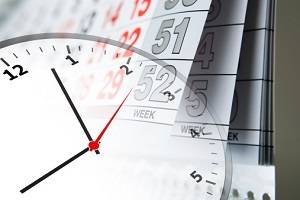 Have you been thinking about filing for divorce? Has it been nagging at you with a feeling of inevitability that you cannot shake? If so, you are not alone. Most people who eventually decide to get a divorce do so only after months—sometimes years—of painful deliberation and waiting for the right time. This means that, at any given time, there are probably thousands of unhappy spouses thinking about ending their marriages throughout the country. Interestingly, many of them will wait to make their ultimate decision until after a holiday season, leading to the development of two rather distinct divorce seasons each year.

Researchers from the University of Washington examined divorce filings in Washington state for nearly a decade and a half, from 2001 to 2015. The research team discovered that there was an unmistakable increase in divorce filings each year in the months of March and August. The team presented their findings at the annual meeting of the American Sociological Association last month and suggested that the spike in filings in these months may be the result of a “domestic ritual” calendar that affects family behavior.

The semiannual increases in divorce filings are directly related to one another, the researchers surmise. Both March and August are months that follow fairly important holiday seasons. Couples in troubled marriages often look toward the holidays—Thanksgiving and Christmas in the winter and the summer in general—as the opportunity to mend their failing relationships. When the cure does not happen, hope gives way to despair regarding the marriage, and the decision to divorce becomes more necessary.

While March and August may both be prime months for divorce filings, they represent somewhat different situations for many couples. Those who choose to file for divorce in March may have taken a couple months for the winter holiday bustle to settle, allowing them to organize their finances, determine what they want from the divorce, and find an attorney.

By comparison, August follows the summer holiday much more closely, but the lack of improvement in the relationship during June and July may cause an unhappy spouse to take action before school starts for the children. The family vacation that was supposed to fix everything only resulted in more trouble, and divorce was the only remaining option.

If you are thinking about divorce and are wondering when the best time to file might be, discuss your concerns with an experienced Geneva family law attorney. We will help you understand your options and the potential implications of your decision. Call 630-232-9700 for a confidential consultation at The Law Offices of Douglas B. Warlick & Associates today.