Posted on August 3rd, 2013 in Child Custody and Support 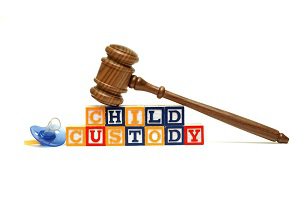 A recent study released by the University of Virginia found that infants who spent one night or more each week away from their mothers had less secure bonds with those mothers. Babies who spent more time with their mothers or those who stayed with a father during the day had more secure attachments to the mother. The impacts of divorce and custody arrangements can reach out even to infants.

The study was conducted using data from the Fragile Families and Child Wellbeing Study. The study is a longitudinal collection of data from 5,000 children in big cities across the U.S. between 1998 and 2000. The data was collected by using interviews with parents of the children starting at birth, and then again at ages 1 and 3. Researcher Samantha Tornello, the lead author for the study, says that link between attachment in infancy and healthy relationships into adulthood is a strong one.

The researchers dove into this issue because as the number of divorces in the U.S. increases, more children are living with custody arrangements developed by the court. This leads to children dividing their time between more than one home. The developers of the research project believed that there may be significant impacts for infants, impacts that are not being explored by judges as they create custody arrangements that are meant to be “in the best interests of the child”.

Tornello states that the results of the study indicate that joint custody is not a positive outcome for an infant child, arguing that the baby should be with the same caregiver each night. Child custody cases can be difficult emotionally for both parents and children, but you can ease the stress with an experienced Illinois family law attorney at your side. Contact our compassionate and qualified family law attorneys in Geneva, Illinois to discuss your child custody case today.