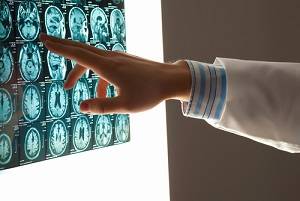 Over the last few years, more and more public attention has been given to concussions, traumatic brain injuries (TBI), and related chronic conditions. Many such stories have been prompted by tragedies among professional and amateur athletes, as well as those who serve or have served in the armed forces. There is, however, another group of victims who suffer from traumatic brain injuries but who are often overlooked by the media. This group may, in fact, even suffer TBIs at a higher rate than professional football players, yet you probably seem some these individuals every day. They are victims of domestic violence, and their injuries may be more serious than many people realize.

Traumatic brain injuries occur when there is some kind of blow to the head. A TBI can range from mild—with symptoms such as momentary loss of consciousness—to severe—with symptoms including an extended loss of consciousness and amnesia. In addition, these types of injuries can have an effect on a victim’s emotional, language, sensory, and thinking abilities. Other symptoms of TBI include aggression, decreased motor function, depression, double vision, headaches, imbalance, irritability, and issues with memory, learning, and planning.

Domestic Violence and Impacts to the Head

Looking Deeper into the Problem

Two years ago, a prominent domestic violence outreach program, the Sojourner Center, announced that it was partnering with two medical study organizations—the CACTIS Foundation and Conquering Concussions—to create a program focused on TBIs. Known as the Sojourner BRAIN (Brain Recovery And Interprofessional Neuroscience) Program, the effort has begun investigating how common TBIs in domestic violence victims are, as well as the short- and long-term effects the injuries have on its victims. The group is also developing head trauma screening tools and individual victim treatment plans. The ultimate goal is to develop a program which will help domestic violence victims nationwide.

If you are a victim of domestic violence, you need to seek help immediately. Contact a compassionate and experienced Kane County family law attorney to discuss your legal options. Call 630-232-9700 and take the necessary steps toward protecting yourself and your children today.