Equitable Distribution Is Not Always Equal 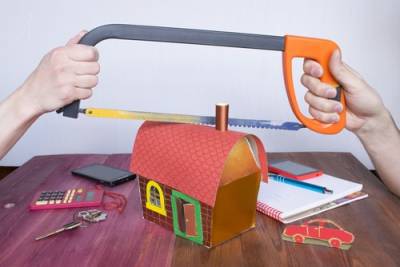 When we were children, we were taught that the fairest way to divide things between two people is to split them equally. If each person gets an equal share of the treats or important items, in theory, no one can complain about inequality. There are, however, situations in life where equal distribution is not actually the fairest choice. Illinois and many other states prefer the theory of equitable distribution when it comes to marital assets during a divorce. While this approach can cause some obstacles in divorce asset division, it is generally worth the trouble.

There are different methods that divorce courts may use to divide the assets acquired during a marriage. As a general rule, most state courts favor property settlements that allow both spouses to live as close to the standard of living enjoyed during the marriage as possible, and depending on the amount of assets between the parties, this may not be possible in many situations.

Nine states in the U.S., including Texas, California, and Louisiana, subscribe to what is referred to as the community property principle, which holds that assets purchased during the marriage are generally property of both spouses regardless of who makes the purchase. The rationale for this is that in community property states, each spouse’s income is treated as marital income, rather than as belonging to the individual, and items bought with marital assets (money) are naturally marital property. Community property is then divided evenly between the divorcing spouses.

Illinois and all the other states subscribe to the equitable distribution model, which simply holds that property should be distributed in the fairest manner possible. The Illinois property division statute states that assets will be divided “in just proportions.” This may mean that one spouse receives a disproportionately large share of the assets, but if this does happen, there must be a rational basis as to why. For example, a custodial parent who makes significantly less than his or her ex-spouse would likely receive more marital assets than the spouse who has the higher earning capacity.

There are a host of factors that a court must consider when determining if an asset distribution is truly equitable, including the present and future earning capacity of both parties, the duration of the marriage, any prior obligations of either spouse, and many others. This effectively eliminates any possibility of “equal” distribution, because so many factors are statistically unlikely to make an equal distribution the most equitable.

The division of marital property is one of the most hotly contested areas of any divorce proceeding. If you are confused about how a court will handle it, it is best to speak to a knowledgeable attorney. Contact an experienced Kane County asset division lawyer at The Law Offices of Douglas B. Warlick & Associates today. Call 630-232-9700 to set up an initial consultation.