How to Establish Paternity in Illinois 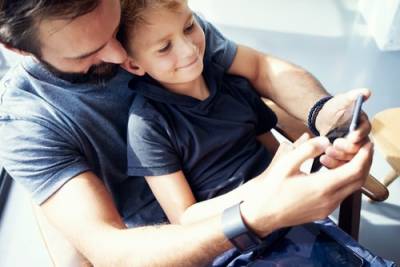 In many states, Illinois included, the paternity of a child is in presumed to be in doubt if the mother is unmarried. There are ways to effectively establish legal paternity that are quick and easy, and by comparison, there are also ways to legally and definitively disavow paternity. Given that the law is different in every state, it is incumbent on you to know your rights and responsibilities if you decide to become a father.

If you are married at the time of your child’s conception and/or birth, your husband (or ex-husband) is legally presumed to be that child’s father. If you are unmarried, there are three main ways to establish legal paternity, which both allows for rights--such as parenting time—and obligations—such as child support, if the parents do not later marry. They are:

Regardless of the manner in which it is established, it is imperative to confirm your child’s paternity as soon as possible. Without a legal record of both parents, your child may not receive benefits to which he or she would be entitled. For example, if their putative father is a veteran or has assets that would be inheritable, a child would have no claim in such matters until paternity established.

Ways to Deny Paternity Or Lose It

If a married woman has a child and her husband—or very recent ex-husband—is not the father, there is a way to overturn the statutory presumption that he is. Illinois has a form called a Voluntary Denial of Paternity (VDP), which is essentially the counterpart to the VAP; if both parents sign it, it has the weight to count as a legal denial of paternity. This is a critical element in cases where, for example, there has been an extramarital affair. If the husband and wife do not sign the VDP, and the biological father and the wife do not sign the VAP, the husband will still be on the proverbial hook as the father.

It is possible in rare instances to have a VAP overturned, though they are almost always binding. You may rescind a VAP within an extremely short timeframe, or you may try to challenge it based on fraud, duress, or mistake. In many situations, the best way to establish paternity conclusively is to hire an attorney and go to court. By doing so, all the lingering questions will be resolved; by simply signing the VAP, custody vests in the mother and a father will have to file a legal petition anyway to obtain increased parenting time or decision-making responsibilities—also known as custody rights.

If you are in a situation where the paternity of your baby may be in doubt, having a good attorney on your side can make a world of difference. Contact an experienced Kane County paternity lawyer to discuss your situation and your available options. Call 630-232-9700 for a confidential consultation today.