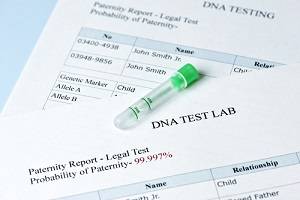 Unlike fathers who were married to the mother of their child at the time of birth, unwed fathers are not automatically granted parental rights. Instead, they must take legal steps to establish their role in the life of a child. This starts with the establishment of paternity, which is not presumed for unwed fathers, and continues with a petition to the court. If you are an unwed father and want to gain and establish legal rights to parent your child, the following information can help.

Before an unmarried father can seek legal parenting rights to his child, he must first establish paternity. This can be done in one of three ways:

The path that a father chooses often depends on the circumstances. If he is present at the birth and he and the mother both acknowledge paternity, then a Voluntary Acknowledgement of Paternity is the easiest method. However, not every father will have the opportunity to exercise this option. He may not be present at the birth, or there may be a question as to the validity of his paternity. In these situations—and in many others—one of the other two options may be used to establish paternity.

While unwed parents can and do sometimes come to an informal agreement regarding the time and decision-making power a father has in the life of a child, unwed fathers can only pursue legal parenting time (visitation) and allocation of parental responsibilities (custody) after establishing paternity. This legal aspect is important because it protects the father’s rights, should the mother ever attempt to deny him rights or otherwise interfere with his parenting time or allocation of parental responsibilities.

Generally, as long as paternity has been legally established, time and involvement from the father are presumed to be in the best interests of the child. However, there are circumstances in which the mother may attempt to block the father from the child’s life. She may even try to claim that the father is unstable, unsafe, or otherwise unfit. Alternatively, unmarried fathers may not receive a fair distribution of parenting time or decision-making power.

At our law firm, we understand that a father’s involvement is important to the development and well-being of children. We aggressively protect the rights of unwed fathers and fight to ensure they receive fair treatment in the courtroom. Contact an experienced Geneva family law attorney today to learn more.