The Expenses Child Support Does Not Cover

Posted on July 10th, 2014 in Child Custody and Support 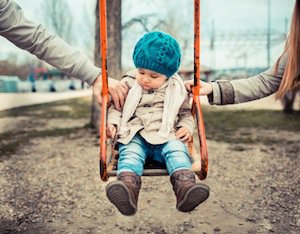 In child custody situations where one parent has primary physical custody, the non-custodial parent is often ordered to pay child support. In Illinois, child support is usually based on the number of children and the net income of the parent who has to pay the support.

In order to determine what the non-custodian’s net income is, certain deductions are allowed to be taken from his or her gross income. Those deductions include federal, state, and social security taxes, health insurance premiums, medical expenses, union dues, previous support orders, mandatory retirement contributions, reasonable debt obligations, and reasonable living expenses.

Child support is the non-custodial parent’s contribution to the child’s basic living expenses. These expenses include shelter, food, clothing, medical care, and education. However, there are several other expenses parents incur raising children that, although not considered “basic” by the courts, are considered necessary expenses by parents.

The majority of custodial parents who work full-time have to pay for childcare, whether it is to a daycare or a nanny for younger children, or before and after school care for school age children. Extra-curricular activities such as sports and scouting usually require fees and/or special clothing or uniforms. Lessons children take, such as music, dance, taekwondo, or gymnastics all cost extra money and are not included in child support calculations. Also, school activities, such as field trips, school pictures, and yearbooks all cost extra money.

And while these expenses are not covered by standard child support orders, you may be able to negotiate these expenses in your divorce settlement so that the non-custodial parent is responsible for half of the cost. Contact an experienced Geneva family law attorney today to discuss your child support options.