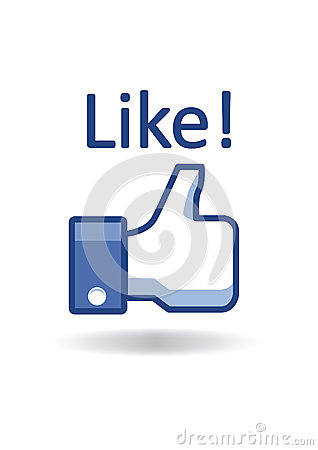 Your social media activity can affect your divorce proceedings.[/caption]

Clicking those blue “like” buttons all across the internet may do more than marking you as a fan of a product. It could out you as gay, reveal how you vote, or even suggest that you are “an unmarried introvert with a high IQ and a weakness for nicotine,” according to The Whig.

A newly published study from the National Academy of Sciences concluded this in its findings. Researchers analyzed the likes of over 58,000 American Facebook users to make guesses about their personalities and behavior, even including whether they smoked, drank, or did drugs.

One author of the study, Cambridge University researcher David Stillwell, said the results may come as a surprise. “Your likes may be saying more about you than you realize.”

Facebook added its like button in 2009 and the thumbs up sign has become universal on social networks and common across the web as well. Facebook reported roughly 2.7 billion new likes are added to the internet every day. That means an increasing pool of data for marketers, managers, and anyone else interested, especially from people who aren’t careful with their privacy settings.

Stillwell and his colleagues got much of their data just like many advertisers do, from apps. Millions of Facebook users survey their own personality traits using applications like myPersonality.

This study focused on 58,466 U.S. test takers who volunteered access to their likes.

When researchers compared the “like” data with the results from the personality test, patterns emerged everywhere. Since the study was only on volunteers, it is unknown if the trends hold true for all Facebook users.

The study found that Facebook likes could be linked to gender, ethnicity, religion, sexual orientation, IQ, politics, age, and cigarette, alcohol and drug use. The likes were also linked to relationship status, number of Facebook friends, along with other personality traits.

Researchers were able to guess if users were black or white 95% of the time, but that success rate dropped to 88% when guessing if a male was homosexual and to 85% to guess Democrat or Republican. Guessing if a user was a child of divorce had about a 60% success rate.

Some examples of likes that were common in children of divorce included, “Never Apologize For What You Feel It’s Like Saying Sorry For Being Real” and “I’m The Type Of Girl Who Can Be So Hurt But Still Look At You & Smile.”

If you are considering divorce, you will have plenty to worry about like your children and what they are liking on Facebook, so let Douglas B. Warlick and Associates worry about the legal part. As an experienced Kane County divorce attorney, he will help you through your divorce in Geneva, Ill. today.