Factors That Determine How Property Is Divided in a Divorce 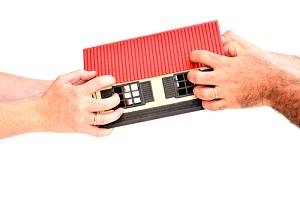 The prospect of undoing a marriage is not only emotionally overwhelming, but can involve complicated logistical scenarios as well. A common concern among those seeking a divorce from their spouse is how property will be divided.

There are some special circumstances in which property or assets acquired during a marriage may not be considered part of the marital estate. For example, if you owned a vehicle prior to getting married and then sold that vehicle during the marriage, the profits from the sale are not considered marital and you are entitled to keep them. Gifts you received from a spouse before the marriage, such as engagement rings, are also not considered marital assets. Furthermore, any inheritance you received from a loved one during your marriage is considered a non-marital asset. You will not be required to divide these assets.

Illinois is an equitable distribution state which means that marital property might not be split 50/50. A judge will consider many factors and arrive at a property division arrangement that is equitable, or fair for both parties. These factors include, but are not limited to:

Allocating certain assets are fairly easy; you may get a particular piece of furniture while your spouse receives the vehicle he or she routinely drives. Others are much larger and not so simple. If you and your spouse own a home or other property that is difficult to split between you, there several options for dividing the asset. One party may buy out the other party’s ownership of the home and retain it as their property. Alternatively, the court could order that maintenance costs for the home be shared while the primary residential parent continues to live there until the children graduate high school, for example.  If neither party wants to continue living in the home or is not able to afford the payments, it may be sold and the proceeds split between the two parties.

Dividing property during a divorce can be complicated and overwhelming, but you do not have to do it alone. Contact an experienced family law attorney in Kane County for help with your unique situation. Call 630-232-9700 to schedule a confidential consultation with The Law Offices of Douglas B. Warlick & Associates today.