Posted on August 24th, 2017 in Child Custody and Support 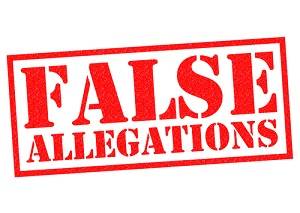 During some divorce or parental responsibility proceedings, one or both spouses will resort to unethical tactics in order to get ahead. Accusing the other spouse of child abuse is a tactic that has become unfortunately more common in recent years, but it still does not happen as often as one might think. Still, if it happens to you, it is important to know how to defend yourself from false allegations of abuse.

As one might imagine, child abuse allegations are taken extremely seriously. The number of children actually removed from their homes, however, has decreased in recent years. When abuse allegations are made, the Illinois Department of Children & Family Services (DCFS) is called in to do an investigation. This is not a criminal investigation, but it can easily become one. The important thing is to cooperate with the investigation—any resistance can be taken as a possible indication of guilt.

In order for parental rights to be threatened, a court must establish that there is a “physical, emotional, mental or sexual health risk” to the child if he or she continues to interact with the parent. Illinois courts historically set the bar extremely high to establish such a risk. If abuse exists, it must be proven by a preponderance of the evidence in the DCFS investigator’s mind. This is a standard that, while stringent, is not immune from attack. Statistics from 2011-2012 show that DCFS during that time had approximately a 75 percent error rate, which is a staggering amount.

There is, however, some hope for justice for those who are falsely accused. Be advised that in Illinois, anyone who knowingly transmits a false report to the DCFS is guilty of a class 4 felony. The distinction is important, however, because if the report is not transmitted, merely discussed or spread via word of mouth, it may not constitute a felony. However, many divorce proceedings do take place under oath, so if your ex-spouse makes a verbal allegation of abuse, he or she may be guilty of perjury.

Being accused of child abuse is any good parent’s worst nightmare. However, with a good lawyer, it is possible to clear your name. Contact an experienced family law attorney in Geneva to discuss your case today. Call 630-232-9700 for a confidential consultation at The Law Offices of Douglas B. Warlick & Associates and get the help you need.