Focus on Children, Eases the Conflicts in Divorce

Posted on June 3rd, 2013 in Child Custody and Support 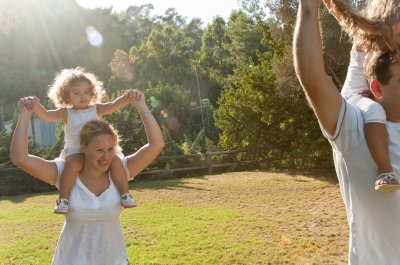 In a recent study, it was found that parents who are going through a divorce who focus more on their children rather than their relationship problems are being better parents than those who are not. Conflicts within a marriage and even after a divorce have the most affect on children, according to Dr. Marilyn Coleman. She also says that it can do damage to a child’s development. This is because kids who go through divorce have lost access to both of their parents and if the fighting continues even after the divorce then the children have not only lost access but also are still involved in the constant conflict. It exposes the children to the ugliness of the conflict, which can be very harmful to a child.

Some relationships between divorced couples have improved once they began focusing more on their children. They communicate freely between each other via text, email, or phone. Once these parents became cordial with each other, they could begin communicating about issues that come up in their children’s lives.

The cordial relationships also allowed for the children to spend quality time with both parents. Although shared custody does not always allow for no conflict, if both parents put forth effort it will be easier, according to Dr. Coleman. Dr. Coleman states that, “The goal for divorced parents should be to maintain the best co-parenting relationships possible by moving past prior relationship issues and focusing on children’s well-beings.”

If you or anyone you know is thinking about a divorce, whether children are involved or not, be sure to contact an attorney to help you along the way. Contact an experienced Illinois attorney today.