Forcing Back Payment of Child Support

Posted on July 24th, 2017 in Child Custody and Support 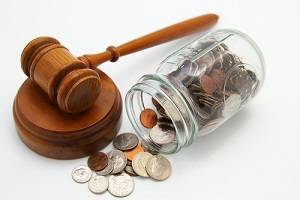 An order for child support is a binding judgment. If a parent who has been ordered to pay refuses to comply or otherwise claims an inability to do so that is not supported by facts, the recipient parent and the state can take steps to ensure the children are supported in the way they should be according to the law. It is often a laborious process, but once started, it is usually successful.

Illinois has a specific law on the books known as the Non-Support Punishment Act (NSPA), which governs the proceedings that may face a parent who is significantly behind on child support payments without sufficient cause. The offense of failure to support is created by the act, which is either a Class A misdemeanor or a Class 4 felony, depending on the manner in which the noncustodial parent seeks to evade support. For example, a parent who attempts to leave the state to avoid support obligations may be charged with a Class 4 felony, while a parent who fails to pay outstanding support arrears for more than 6 months could face prosecution for a Class A misdemeanor.

It is important to realize that under the NSPA, there is a rebuttable presumption that the supporting parent is able to pay support but has refused to do so. This means that the court will start any proceedings against your child’s other parent from the viewpoint that you are entitled to the alleged arrears. If the other parent can present evidence to the contrary, or he or she can justify the lack of payment, the case may proceed in a different direction. For example, a modification to the terms of the support order may be more reasonable than criminal charges.

In some cases, arrearages and outright refusals to pay will fall under the purview of federal law enforcement. The Office of Child Support Enforcement (OCSE) will get involved in many instances of alleged arrearage by working with the individual state agencies. In Illinois, these agencies include the Department of Child and Family Services and the Child Support Enforcement division of the state Attorney General’s office. However, if a parent moves across state lines in order to dodge support obligations, the OCSE may become take a more hands-on approach.

Congress has passed multiple laws that make it a felony to willfully refuse to pay child support if ordered, any of which may be applicable in your situation if your former spouse moves out of state. The Uniform Interstate Family Support Act (UIFSA) grants the court jurisdiction over your spouse in such matters, and the Deadbeat Parents Punishment Act, which sets out the nature of the offense of failure to support on a federal level along with sentencing guidelines, is the most commonly invoked law to hold parents accountable for shirking their obligations.

Enforcing a child support order is not about you; it is about your children who are owed support from both parents if at all possible. To help ensure your children receive their due, contact an experienced Kane County child support attorney. Call 630-232-9700 for a confidential consultation at The Law Offices of Douglas B. Warlick & Associates today.