According to the Huffington Post, while some people consider a good parent to be a sexy attribute in a spouse, being a good mom can often mean that a woman is a bad wife. This is for obvious reasons—that a person is so wrapped up in her or his children that there’s no forest for the trees, so to speak, but for less obvious reasons as well. Having children clearly changes a relationship, and if a person consistently puts the children above the relationship, both in small and large ways, the marriage can get rocky. The Huffington Post has some good ideas to keep this from happening, from calling each other your real names (instead of “mommy” and “daddy”), refusing to help with various bake sales and soccer practices, and keeping a regular date night. 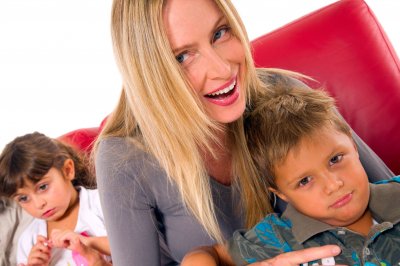 The National Healthy Marriage Resource Center states that the number 10 reason for divorce is that “there are too few good examples of healthy marriages in which children are raised.” This means that often children come into a marriage that’s already rocky, or highly unstable, and instead of making the union between the spouses stronger, the burden of children only further breaks down the relationship between husband and wife.

One of the complicated issues surrounding the “good mom, bad wife” conundrum is that the husband is always partially responsible for motherhood. One woman told the Huffington Post that while she believed “her dedication to the kids was a major contributing factor in the recent demise of her marriage,” she often spent time with the kids to fill a void that her husband was not fulfilling.

Neglect—on both ends, whether you’re spending too much time with the children or not enough—is a common reason for divorce. If you or someone you know is considering divorce, don’t go through it alone. Contact a dedicated Kane County divorce attorney today.