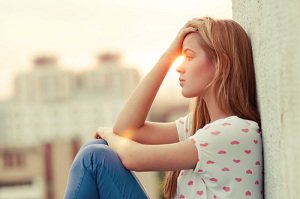 Many people think that controversy and politics go hand in hand. A story recently reported by Think Progress Justice, proves that train of thought just may be true.

Earlier this week, the Iowa state House presented a bill to that would deem a no fault divorce illegal and no longer a viable option for divorcing couples. State Representative Tedd Gassman (R) took the podium to support the bill. Under this new law, parents who have children under the age of 18 would have to prove that there was a crime committed against the family. These crimes could include adultery, abandonment or criminal activity that puts the family in danger.

He stated that the continued break up of families would lead to the eventual break down of America. He also stated that divorce puts young people, especially girls, at risk. He stated that a teenage girl from a divorced family is more apt to become promiscuous. It was later reported that there are no plans to have the bill heard before the committee.  It is speculated that this decision was made because of the statements that were made in connection with this bill.

A no fault divorce allows a married couple to agree to a speedy divorce process without either party having to take the blame for the dissolution of the marriage. This is an ideal situation for a person that is in an abusive relationship. A previous study proved that the number of women murdered by their partners was much lower in states that allow for more liberal divorce laws. There were also a smaller number of women that committed suicide in these states as well.

If you and your spouse are at the point of considering divorce to be a viable option, you want to make sure to seek the expertise of an experienced Illinois divorce lawyer. Your lawyer will make sure that your best interests are observed during this difficult process.