Handling Your Inheritance During Divorce 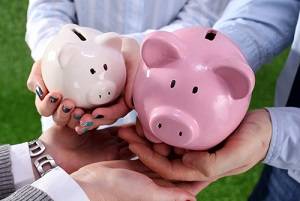 For many divorcing couples, the issue of dividing property is often one that creates serious disagreements. Sometimes, it is impossible for the spouses to even agree on what property should be divided, let alone who will be getting what in the end. A substantial inheritance received by one spouse can lead to more intense disagreements, as divorcing spouses often do not know that such concerns are addressed specifically by Illinois law.

The Illinois Marriage and Dissolution of Marriage Act specifies that a couple’s marital estate includes all property—including assets and debts—acquired by either spouse during the marriage. Property acquired before the marriage is considered non-marital and will remain under the ownership of the spouse who acquired it. There are several, rather limited exceptions, however, for property obtained during a marriage. Assets received as a gift or inheritance by one spouse are not considered marital property and are, therefore, not subject to division in a divorce.

As with most areas of the law, a fairly straightforward statute does not always translate into simple application in real-world cases. This is particularly true in regard to inheritances. There are situations in which your non-marital inheritance could be mixed in with marital assets in such a way that it loses its identity as a non-marital asset. If this happens, the inheritance may be considered transmuted into marital property and no longer non-marital.

For example, assume that you received a large inheritance—say, $100,000—and you put all of the proceeds in checking account that you share with your spouse. Over the course of several years, you mixed that money with your regular income and used the account to pay household bills, take family vacations, and for other expenses related to family life. You did not worry about keeping track of how much of your inheritance was spent; you simply elevated your lifestyle a little. If your marriage were to end in divorce, you may have a very difficult time asking for your inheritance back as a non-marital asset. A court would be likely to determine that the way you handled your money caused it to lose its identity and is now part of the marital estate.

If you are considering a divorce and have questions about an inheritance that you received, we can help. Contact our office today and speak with one of our Kane County family law attorneys. Call 630-232-9700 for a confidential consultation at The Law Offices of Douglas B. Warlick & Associates and get the help you need.