Posted on January 14th, 2015 in Child Custody and Support 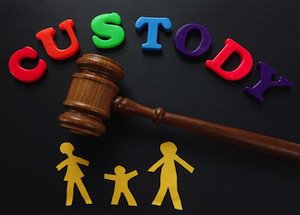 When married couples with children go through a divorce, one of the decisions that needs to be made is how the custody of the children will be divided. More often than not, couples do not agree on the answer to this question and a judge has to make the decision for the parents. In determining custody, one of the main criteria courts follow is what is in the best interests of a child. However, there are issues involving child custody that come up where a judge’s bias may affect his or her decision. In fact, home schooling is one area in which this may occur. It is often an issue that can divide people, and judges are no exception.

Part of the debate over home schooling is not only whether or not a child is receiving the same quality of education they would in a public institution, but also whether or not they miss out on the interacting and socialization with other children—which is important for their emotional development.

In a recent child custody case that took place in Kansas, a mother wanted to home-school her children; however, a judge awarded primary custody to the father. Among the main reasons he cited for his decision was the fact that the father “. . . appears to understand that the benefits of education aren’t just what you learn, it’s—the socialization and interaction with other students, which are important, that cannot be achieved by home schooling.”

An appellate court later rejected the lower court’s argument, stating “The trial court’s statements that socialization and interaction with other students cannot be achieved by homeschooling are unsupported.” However, they did not overturn the lower court’s custody decision and the children remained with their father.

If you are involved in child custody battle, whatever the circumstances, it is important to contact an experienced Geneva family law attorney to discuss your case and legal options.