How Debt Is Handled in Divorce 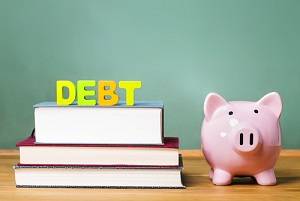 Initiating dissolution of marriage proceedings is not usually an easy decision for most couples. There can a be a wide variety of difficult issues to be addressed, depending upon the couple’s personal circumstances. Debt incurred by a couple going through a divorce proceeding in Illinois can be one of the more challenging issues to account for in a divorce settlement.

According to Illinois law, marital debts will be distributed between the spouses, but not necessarily split equally. Credit card debt, property and other types of debt will be divided as the court sees fit. Factors that influence their decision include: arrangement for the couple’s children, spousal support, the length of the marriage, and the needs of each spouse. Obligations owed to mortgage lenders or credit card companies can be assigned to either of the spouses but, if one does not pay the debt, the other could remain liable.

Credit cards that were obtained after the marriage are generally administered as joint debt in the divorce settlement. Debts that were amassed on one spouse’s credit card during the marriage should be reviewed carefully. If the purchase was for the family or used by the family, it will likely be considered marital.

Planning for Debt Prior to Divorce

Many couples find that working together to resolve marital debt prior to initiating divorce proceedings streamlines and simplifies the process in the long term. Since even small amounts of marital debt can add an extra layer of difficulty to divorce proceedings, familiarity with your financial state and your debts as a couple will be important. Both spouses should be aware of the status of both their individual and combined debts. Typically, couples pursue one or a combination of strategies to address the resolution of marital debt such as paying off or settling debt, refinancing loans, or liquidating assets to meet their obligations.

An experienced Geneva divorce attorney can be an invaluable resource for a couple contending with challenges related to separation, divorce, and resolution of marital debt along with many other family law topics. Please contact The Law Offices of Douglas B. Warlick & Associates to schedule your confidential consultation. Call 630-232-9700 and learn more about successfully managing your divorce.