Yours, Mine, and Ours: Identifying Marital Property in Divorce 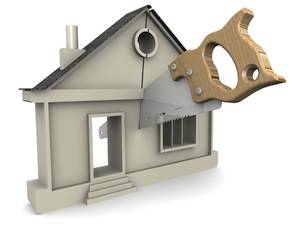 Divorce can be a very complicated process with a large number of controversial issues for the spouses to resolve. Child custody—now called the allocation of parental responsibilities—is often high on the list of contentious topics, as one might expect, but for many couples, property concerns can be just as challenging. One of the biggest points of contention regarding property in a divorce is determining which assets and debts are part of the marital estate and, therefore, subject to division between the spouses.

Cultural changes have contributed to the difficulty of identifying marital property since more and more couples are waiting longer to get married for the first time. In previous generations, it was not uncommon for a couple to get married soon after high school or college, leaving each spouse very little time to accumulate wealth or debts before the marriage. By comparison, today’s couples are likely to spend a decade or more after high school earning money and acquiring property before deciding to get married.

What the Law Says

According to the Illinois Marriage and Dissolution of Marriage Act, the marital estate is comprised of any assets and debts acquired by either spouse subsequent to the marriage and prior to a judgment of legal separation (if applicable). The law provides very specific and limited exceptions for assets acquired by direct gift or inheritance to one spouse or a judgment against one spouse payable to the other. Any property acquired before the marriage or proceeds from the sale of such property is considered non-marital property. In a divorce, non-marital assets and debts will remain under the ownership of the spouse who acquired them.

The application of the law is fairly straightforward for most assets and debts. For example, if you bought a car and paid it off in full before you got married, the car would be considered your non-marital property in the event of a divorce. If, however, you bought a car after you got married and paid it off using funds generated through your employment, the car would likely be considered marital property, even if it was titled in your name only. Likewise, household furniture, savings accounts, and other assets would also be considered marital property if you or spouse acquired them after getting married.

Certain types of assets can present a more challenging scenario. Retirement accounts and pensions, for example, are commonly begun before a marriage and continue to increase in value during the marriage. In these situations, the same asset may be found to include both marital and non-marital portions. A financial expert may be needed to help determine the value of each portion.

If you are considering a divorce and have questions about how your property will be handled, contact an experienced Geneva asset division attorney today. Call 630-232-9700 for a confidential consultation at The Law Offices of Douglas B. Warlick & Associates.