Posted on February 16th, 2015 in Child Custody and Support 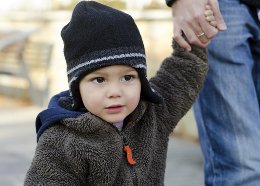 According to recent Census estimates, approximately 20 million children in the United States live in a single parent home. Of that number, which represents nearly 45 percent of all American children, some 15 million are being raised by a single mother. While the socio-economic causes and effects can be endlessly debated, the fact remains that each one of those children has the right to be support by both parents regardless of living arrangement. For a large number of such cases, a legally enforceable child support order may be the most appropriate approach.

Under current Illinois law, either or both parents can be required to contribute financially to the support of the child, “without regard to marital misconduct.” Situations in which both parents pay support are relatively uncommon, as the child will usually reside with at least one parent. As such most support orders require payment of child support by the non-custodial parent.

The recommended guidelines regarding the expected amount of child support are fairly straightforward. Based on the payor’s net income, the law calculates support as a percentage relative to the number of children included in the support action. A typical child support order would require an obliged payor to pay:

Reductions for taxes, other specified expenses, and support or maintenance from previous orders are included in the court’s establishment of net income. The court may also consider other factors such as assets, resources, established lifestyles, and anticipated needs of the child when deciding if deviation from the guidelines may be necessary.

Over the last several years, mandated reviews of the Illinois child support system have recommended that changes be made to the model currently in place. The present system is based solely on a percentage scale with relatively little freedom to account for the specifics of a family situation. Nearly 40 other states have already moved away from such a model, transitioning to a structure known as “income shares.”

An income shares support system generally calculates as total support amount, which is to be divided between the parents while accounting for factors related to income, shared parenting time, and others. This model still typically results in the non-custodial parent paying support, but the amount to be paid is calculated using a much wider variety of variables, and is commonly considered a more equitable arrangement. Even as legislative efforts to officially begin the transition have thus far been unsuccessful, child support agencies within the state continue to push for constructive change.

If you are involved in child support action in Illinois, a qualified child support lawyer can help ensure your family’s needs are being protected. Contact an experienced family law attorney in Kane County for a consultation today.