The Impact of a Selected Venue on Divorce Proceedings

Posted on September 7th, 2015 in Divorce 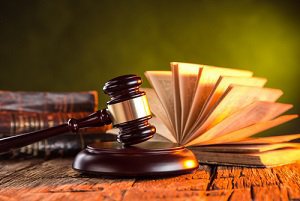 In some areas of law, the jurisdiction or venue in which a case is filed can have a dramatic impact on its ultimate outcome. Some states or jurisdictions, for example, are more likely to be “friendlier” to plaintiff’s claims and juries may be thought to be more generous with other people’s money. Divorce, however, is not typically so dependent upon venue, especially in Illinois, as a number of updated laws have sought to provide more equitable standards for the process and to eliminate most of the potential unpredictability. The law, though, still requires divorce proceedings to be held in an appropriate county, and an amendment set to take effect year provides a degree of statutory flexibility.

Venue and the Law

The Illinois Marriage and Dissolution of Marriage Act states that proceedings for divorce, custody, maintenance, or other concerns under the Act “shall be had in the county where the plaintiff or defendant resides” but can be “directed to any county in the State.” Venue is not jurisdictional, which means the final decision of the court cannot be disputed on the grounds that it did not have authority to rule.

In an area such as Northern Illinois, however, by the time divorce or other proceedings are initiated, the parties may be living in two separate counties, and working in two others. The county of residence is not always the most convenient for either party. Under the existing law, the petitioning party is free to file in any county in the state, and any objection by the defendant must be made in his or her initial response. Failure to object at that point removes venue as a point of contention for the remainder of the proceedings.

While the language of the existing law is fairly clear about the state’s intent to have proceedings the residential county of one of the parties, there is little mention of enforcement procedures. Beginning in 2016, however, this will be changing. Going forward, a petitioner who files in a county where neither party resides must also include a written motion requesting a waiver to allow the proceedings in the requested county. The court is expected to hold a hearing and decide on the granting of such a waiver based upon the circumstances of the case.  Objections from defendant may be raised in his or her initial response and at the hearing, but once decided, further objections are barred. Venue is still not to be considered jurisdictional.

If you are preparing to file for divorce and have questions about choosing the appropriate or most convenient venue, contact an experienced Geneva family law attorney. We will review your situation, help you understand your options, and work with you in pursuing the best course of action for your case. Call 630-232-9700 for an introductory consultation today.