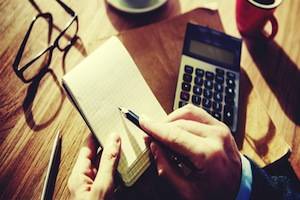 As you probably realize, all marital assets must be divided between the spouses during a divorce, unless the asset has been addressed beforehand, such as in a prenuptial agreement or other contract. This includes intangible assets, such as patents, royalties, and business goodwill. It is very easy to become confused when dealing with intangible assets, and consulting an attorney may help clear up some of your questions.

An intangible asset is simply an asset with no physical form. One may be able to see the effects of the asset’s possession, such as elevated goodwill, brand awareness, increased income, and the like, but the asset itself has no physical or transportable form. Most of the time, these assets are treated in a similar way to any tangible piece of marital property, but there are exceptions.

Perhaps the most difficult part of dealing with intangible assets is valuing them appropriately. As with a business, there are methods most often used, but any valuation is open to debate. The first step is to reach an accord on the issue of whether you or your spouse contributed toward that asset’s value. If, for example, your spouse supported you while you worked to complete a piece of intellectual property or filed for a patent, he or she will almost certainly be held to have a stake in that item’s monetary value.

Illinois law does not discriminate against intangible assets in terms of what constitutes marital property, but it does require that each asset be valued, regardless of its status. Asset valuation often requires an expert, and there are always opportunities for disagreement. If possible, it is best to have multiple experts evaluate an item, so as to ensure that you obtain an average figure, instead of simply choosing one when it may not be the most accurate.

Asset division is easily the most complex part of many divorces, and intangible assets with no inherent value can complicate matters. If intangible assets are in question in your divorce, contact an experienced Geneva property division attorney for guidance. Call 630-232-9700 for a free consultation at The Law Offices of Douglas B. Warlick & Associates today.