Interim Support During a Divorce 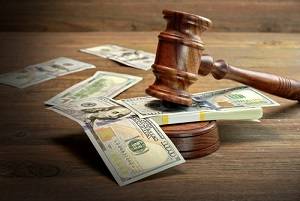 Sometimes, when a couple decides to divorce, it can be difficult for one spouse to hold down the proverbial fort, especially if they are not used to working or are making far less money than their soon-to-be ex-spouse. Illinois has enacted several laws that help ensure that both spouses are appropriately represented in the divorce process, and that no one has to forsake necessities while a long-term plan is being negotiated.

Illinois is one of the many states that has decided to make parity between divorcing spouses a matter of public policy—that is, something that the state will work hard to help maintain. There are many reasons for this trend, but one of the most important is the welfare of any marital children. If, for example, a wife cannot afford to hire a competent divorce attorney, her secretly abusive husband could win primary parental responsibilities for the children in their divorce. This is not the optimal outcome for most people.

With that in mind, the Illinois Supreme Court took the opportunity in In re Marriage of Earlywine, which was decided in 2013, to determine that the attorneys’ fees of both parties must be paid by the marriage. In other words, if one spouse is the marital breadwinner, he or she may be required to pay both attorneys’ fees for both spouses if the criteria to do so are met, because his or her income is still marital property until the divorce is final. The Illinois Marriage and Dissolution of Marriage Act provides a list of requirements to mandate the payment of attorney’s fees, including if the poorer spouse lacks access to enough income to otherwise “participate adequately” in the litigation. If the requirements are met, an “interim award” will be issued by the court in an appropriate amount.

When one spouse historically has worked and the other has stayed home or acted as the primary caregiver to children, the spouse who has no job or has worked a lower-paying job may be at a significant disadvantage in terms of day-to-day expenses and bills as divorce proceedings get underway. Illinois law permits the grant of temporary spousal and child support for the duration of the divorce proceeding. If there is an agreement existing already between spouses, it will be honored, but if one cannot be reached, a family court judge will usually issue an order in the interest of public policy.

Keep in mind that a temporary order of support will not simply become permanent at the close of a divorce case. Permanent orders for spousal and child support must be considered separately and approved by the court.

Get a Professional on Your Side

There is no shame or stigma in admitting a need for temporary support. If you need help getting it, contact an experienced Geneva divorce attorney for guidance. Call 630-232-9700 for a confidential consultation today.