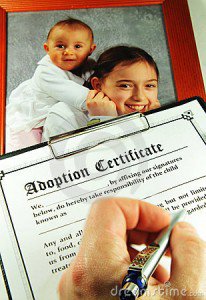 International adoptions by U.S. parents fell 7 percent in 2012, continuing a multi-year decline caused partially by stricter adoption laws, the Chicago Tribune reported on January 24. The number of internationally adopted children dropped from 9,320 to 8,668, with most of the children coming from China than from any other country.

"This is a continuation of a trend," said Adam Pertman, executive director of the Evan B. Donaldson Adoption Institute. "There's no lack of, if you will, demand in this country," he said. "People would like to adopt more children; the issue is whether those children are available. And they're becoming less and less available, and that's what the numbers show."

China, which sent almost 3,000 children to the United States in 2012, has long been the most popular country for U.S. adoptions. Ethiopia and Russia were popular as well, with 1,568 and 748 adoptions respectively. The report was concluded before Russia banned Americans from adopting Russian children.

Toughened international regulations have slowed down adoptions and led to a shutdown in a few countries. Furthermore, some countries are altering the way they view their intercountry adoptions. For example, China, which has a one-child policy, has begun to re-examine whether it should allow such a large number of baby girls to leave the country.

When you are starting into the adoption process, there are many things to think about and decisions to make, such as finding a good lawyer who will protect your interests. It is always important to discuss the details of your adoption with a capable Kane County family lawyer. Contact a compassionate and skilled adoption attorney in Geneva, Illinois at your earliest convenience.