Posted on October 13th, 2017 in Child Custody and Support 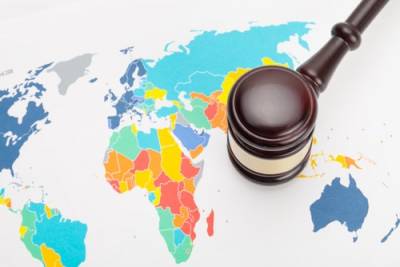 It is much more common nowadays for couples to spend time apart while married, or even take their entire family abroad. However, if the marriage breaks up, however, there can be some difficult and unique issues, especially if one spouse is in the military. It is advisable to enlist a professional to help negotiate complex questions in this situation.

International divorces can be extremely drawn out, even if there are no children involved. Most of the common questions involve jurisdiction: if I am divorced in another country, will it be recognized at home? Whose law applies? What if my spouse is not an American citizen?

In terms of having your divorce recognized, it can be reasonably assumed that it will be. While the U.S. is not a party to the Hague Convention on the Recognition of Divorces and Legal Separations (HCRD), which governs these issues in many other countries, the principle of comity (considerate behavior toward other nations) exists in U.S. law. Thus, most divorces are recognized unless it can be proven that the judgment of the foreign court was somehow in error or fraudulent, or if that country’s residency requirements were not met. If you do encounter resistance, the Attorney General of your home state may get involved.

When your spouse is not an American citizen, the main way that it may affect you is that if he or she loses immigration status, your children may end up either moving or spending visits in another country. This is generally a good thing in the long run—dual citizenship and increased exposure to other cultures can be an advantage for your children later in life—but in the short term, it can cause stress on parents, especially if your divorce is less than amicable.

Child custody, as opposed to divorce, is where most people clash and the worst disagreements occur. The law in the United States does protect the parents left behind; the Uniform Child Custody Jurisdiction and Enforcement Act was enacted by the Illinois legislature and has been enacted in many other states as well.

The law does attach a lot of weight to a court’s initial ruling on parental responsibilities and parenting time. The presumption, generally, is that the trial court did not err unless it is very obvious that it did. The court will try to rule in the “best interests of the child,” but if a child has no connections to the foreign country other than his or her one parent, the court is less likely to allow the child to be moved there. Cultural factors may also play a role. A country with religious or cultural laws different from those in the U.S., for example, may stonewall or otherwise obstruct the child’s return if officials feel it would be in the best interests of the child to remain in that country.

You Should Not Do It Alone

If your spouse or children have ties to a foreign country, it can mean a long and difficult process may be necessary to protect your parental rights. Contact an experienced Geneva family law attorney to get the help you need. Call 630-232-9700 for a confidential consultation with a member of our team today.