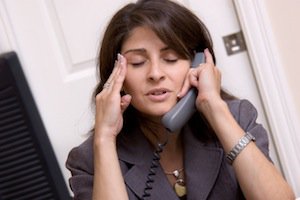 When discussing divorce property settlements, most people think of items such as the family home, vacation properties, bank accounts, and other financial accounts. However, several other items are also part of a marital estate that do not typically come to mind, including interspousal gifts.

A Florida woman recently learned how a cemetery plot, given to her by a family member, became part of the marital estate due to the legal rules that apply to interspousal gifts.

Across decades, many families have purchased multiple cemetery plots, and have distributed them to different members of their families. This thus ensures that the family will all be buried together. And in regards to the Florida woman, an aunt gifted her two purchased cemetery plots. The woman added her husband’s name to the deed of one of the plots. Sometime later, the marriage broke up and the couple filed for divorce. The husband insisted that the plot, with his name on it, was part of the marital estate and its value should be considered part of the property settlement. The family court disagreed and ruled that the plot was not part of the estate.

The husband appealed to the First District Court of Appeals who reversed the trial judge’s decision. The appeals court ruled that when the wife added her husband’s name to the plot deed, a spouse to spouse gift was created. The plot was now marital property. As noted in Section 503(a) (1) of the Illinois Marriage and Dissolution of Marriage Act, the gift “must be proven by clear, convincing, and unmistakable evidence to overcome the presumption that all property acquired subsequent to the marriage is marital.”

The division of marital property, along with other issues such as child custody, child support and spousal support, can cause even the friendliest of divorces to quickly turn contentious. If you are considering a divorce, contact an experienced Geneva family law attorney to represent your best interests in this process and to ensure all questions and concerns are best answered.