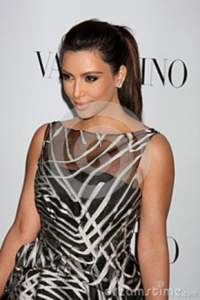 It’s no longer a secret that Kim Kardashian, whose marriage to Kris Humphries lasted less than three months, is now pregnant with her boyfriend Kanye West’s baby. Humphries has acknowledged that lengthening the time of the divorce could cause stress that may be harmful to the baby, he seems to be in no rush. It is clear, however, that Kim is.

Kim, however, says it’s much simpler than that. “I do not want to be married to [Humphries] when I have my baby,” stated the reality star in a declaration that was filed Jan. 24 in the Los Angeles Superior Court, reported E! News.

As directly quoted by E!, Kim’s declaration states, “Immediately upon it becoming known to the public I was pregnant…I began to see articles in the media with quotes attributed to [Humphries] stating that now that I am pregnant he has ‘got all the power,’ ‘that he is in control of my misery,’ and that is not going ‘to allow’ me to be divorced by the time that I have my baby.”

“I am requesting the status of my marriage be determined now for not only my health and welfare but also for the health and well-being of my unborn child” added Kardashian. “I firmly believe that an immediate dissolution of our marriage will help create a new, full life for me. One chapter will be officially over, and a new one can begin. The same should hold true for [Humphries].”

At this time, Humphries seems to be stalling the divorce process by requesting to be present for Kim’s deposition. In that lies the problem because the 28-year-old Brooklyn Nets player claims that his schedule does not allow free time until May or June, but Kardashian’s baby is due shortly after in July.

If you are considering filing for divorce, or have already done so, contact an experienced Geneva divorce attorney to get it over with simply and quickly. Located in Geneva, IL, The Law Offices of Douglas B. Warlick & Associates can help you through your divorce today.