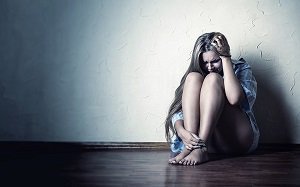 While it is understandable that few people would prefer to live near neighbors who are constantly being visited by the police, recently passed legislation limits the application of so-called “nuisance-property” ordinances when the situation involves domestic violence. The law is being touted by the American Civil Liberties Union (ACLU) as a step in the right direction toward protecting the rights of domestic violence victims.

Over the last several years, cities and municipalities in Illinois and around the country have enacted local ordinances to combat crime and to promote neighborhood responsibility. These laws, in general, hold a landlord responsible, to an extent, for the behavior of his or her tenants, and the property owner may be subject to fines and penalties if the property becomes a nuisance. In response, landlords have begun evicting tenants if the police are called to a particular home too often. While such actions may seem reasonable in the fight against illegal drug activity, for example, it has also led to victims of domestic violence being evicted simply for calling for help.

Beginning November 19, municipalities with nuisance property ordinances must carve out exceptions for domestic violence and disability. If the police are called in response to incidents of domestic or sexual violence, or on behalf of a disabled person, landlords and tenants alike may not be punished. Some 100 communities in Illinois currently maintain such ordinances, including Chicago, Joliet, and Palatine, and the ACLU of Illinois says that 42 different cities and towns have been officially notified about the need to implement changes. “People who suffer domestic violence or who need assistance because of a disability must be able to call for help without fearing eviction,” said Kate Walz, Director of Housing Justice at the Sargent Shriver National Center on Poverty Law. “Punishing people for seeking police assistance does not make communities safer.”

If you have been the victim of domestic violence, you should not live in additional fear of being evicted. You should also take action to protect yourself by contacting an experienced Illinois domestic violence attorney. Throughout his career, Attorney Doug Warlick has helped many domestic violence victims file orders of protection and find the resources they at an incredibly difficult time. At our law firm, we are committed to helping you and are ready to do whatever is necessary to ensure your health and safety. Call 630-232-9700 today for a confidential consultation with a caring, compassionate legal professional.