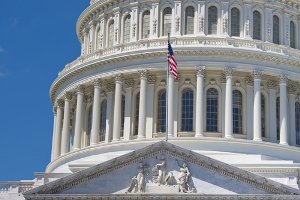 In 2005, the United Nations Child Adoption: Trends and Policies report indicated that there were 51,210 children housed in juvenile institutions across the U.S. No doubt these numbers have risen significantly since this report was first published but has there also been an increase in the push for government oversight of these institutions housing our orphans and troubled youth?

The answer appears to be yes. According to a recent article published by the Chicago Tribune, the U.S. Department of Justice is currently considering a review of youth residential centers in Illinois as local lawmakers push for an open investigation due to an increase in reported cases of rape and assault allegations. Concerned Illinois government officials are also concerned that juveniles are often shuffled among the most violent of centers without ongoing mental health or psychological treatment.

U.S. Senator Mark Kirk, primarily concerned with improving mental health services for disadvantaged Illinois youth, is considering requesting the assistance of the inspector general of the U.S. Department of Health and Human Services by calling for an open investigation. Kirk also plans on enlisting the assistance of Medicaid officials who have the executive power to suspend residential centers from the federal health care program for those not operating at acceptable standards.

As the Justice Department considers deliberation, the outcome as to their decision to move forward is still in the infancy stage but the push for strengthening programs for disadvantaged youth in Illinois remains constant. Local child advocates and juvenile law professionals are also advocating for the federal investigation as proponents of the investigation to initiate an overhaul of the Illinois juvenile system.

Democratic Senate Minority Whip Dick Durbin has also pledged his support and hopes the Civil Rights Division (Washington, D.C.) and the U.S. attorney general’s office (Chicago) would plan on assisting with the investigative efforts. As deliberations may not end in definitive action, Durbin believes that this would be a disservice to Illinois youth under the  Civil Rights Act of 1957. Enacted to protect the constitutional and civil rights of all U.S. citizens, with an emphasis on those most vulnerable, the act also sanctions the right and power to investigate any alleged infractions and instances of non-compliance with regard to basic rights such as education and medical care.

Although the possibility of deliberation has been kept under wraps, Illinois Department of Family Services (DCFS) spokesperson, Andrew Flach, Deputy Director of Communications, announced that the agency has yet to be contacted but the agency pledges to fully cooperate with any ongoing investigation efforts. To date, under the direction of Governor Bruce Rauner, a new DCFS director is being recruited and five residential centers have been removed from the availability list.

Chicago lawmakers Heather Steans and Mattie Hunter are also pushing for an overhaul of the system and recently chaired a special house-senate hearing on the matter. Both proponents have endorsed an investigation as a means to revisit and strengthen Illinois home and community-based youth services and programs.

The push for a federal investigation stems from a recent Chicago Tribune investigative report series, Harsh Treatment, which cited that at least 50 juvenile residential centers were in question, often moving children from center to center within the system. Additionally, the report documented over 428 cases of alleged sexual or physical abuse spanning a three year period, with many of the victims opting to leave the facilities in favor of life on the streets.

If you have recently been notified by the DCFS of a pending investigation and are concerned your child may become “lost” in the system, to ensure his or her civil and constitutional rights are protected, contact an experienced Geneva juvenile law attorney immediately. If you reside in the Kane, Kendall, Dekalb or DuPage counties, The Law Offices of Douglas B. Warlick & Associates, have been successfully assisting families navigate the DCFS system. For over 30 years, attorney Warlick has successfully served as a legal advocate, protecting the legal rights of Illinois juveniles. Contact attorney Warlick today to schedule your personal consultation.