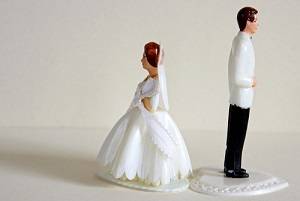 When a person uses the word “separated” to describe his or her marital status, it usually means that he or she is estranged and living separately from his or her spouse. This is a common scenario for partners who may be contemplating a divorce or have initiated but not completed divorce proceedings. In some situations, however, a person who says that he or she is “separated” may actually have filed for and received a judgment of legal separation.

Unlike like an informal separation—known under Illinois law as living separate and apart—a legal separation is a court-issued declaration regarding the status of the relationship. A judgment of legal separation generally includes many of the same considerations as a divorce judgment. There is, of course, one major difference: the spouses are still legally married to one another, thus they are not free to pursue another marriage.

While legal separations are not all that common in Illinois, there are several reasons why such an arrangement may appeal to a couple. A legal separation may be appropriate for those whose religion, philosophy, or personal beliefs forbid or frown upon divorce. A couple may also consider a legal separation to establish arrangements regarding spousal support or their children as their divorce proceeds. For others, a legal separation may represent a way of protecting property concerns, particularly if a divorce seems to be imminent but the proceedings are likely to drag on for months or years.

According to the Illinois Marriage and Dissolution of Marriage Act, most property acquired by either spouse during the marriage is considered to be marital property and is, therefore, subject to division in a divorce. Property that is acquired after a judgment of legal separation has been issued, however, is not considered marital property. This could be an important consideration for a person who feels that a divorce is a strong possibility but who also may have developing business interests or opportunities.

For example, consider a person whose marriage is severely struggling. He has moved out of the family home but has agreed to participate in marital counseling with his spouse. In his professional life, he is in line for a major promotion which promises substantially more income and a sizeable bonus upon accepting the position. If he were to accept the promotion and the associated bonus as the marriage continues to deteriorate, the additional income and the bonus would be part of the marital estate. If, however, a judgment of legal separation was entered before he accepted the promotion, the added income and bonus would not be subject to division, even if the couple eventually divorced.

Is a Legal Separation Right for You?

A legal separation is not appropriate for every situation. In fact, for most couples, pursuing one is likely to be a waste of time and money, as a divorce would better serve the spouses’ needs. If you believe that a legal separation could be beneficial for you, contact an experienced Geneva family law attorney. Call 630-232-9700 and speak with a member of the team at The Law Offices of Douglas B. Warlick & Associates today.