Posted on March 2nd, 2013 in Child Custody and Support 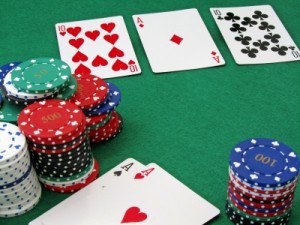 The Louisiana Department of Children’s and Family Services (DCYF) recently announced the success of a pilot program the agency launched in September 2011, intercepting more than $806,000 in casino winnings  from 599 parents to cover back child support payments. Currently there is more than $1.2 billions in child support that is owed by non-custodial parents.

The program was introduced and passed in 2010 to deal with the growing problem of child support evasion. Any gambling winnings over $1200 are seized and applied to the back child support. There are currently 18 casinos in the state participating in the program. Two days after it went into effect, $1995.40 was collected from a non-custodial father. Other states that have enacted similar casino winning laws are Colorado, Indiana, Mississippi, New Jersey, New Mexico and West Virginia.

In the released statement, DCFS Secretary Suzy Sonnier said her agency works with custodial and non-custodial parents to ensure that both parents fulfill their obligations to provide financial, medical and emotional support to their children. She also added the casino intercept initiative has been a very successful tool in collecting overdue support.

Failure to pay court-ordered child support can result in liens against the non-custodial parent’s property, seizure of assets, suspension of driver's, business, professional, hunting or fishing licenses, interception of state and federal tax returns, passport denial and contempt of court charges, among other enforcement actions.