Maintenance Considerations for a Underemployed Spouse 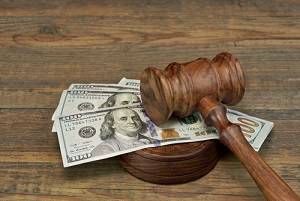 A few weeks ago, a post on this blog discussed how an obligation for spousal maintenance—sometimes called alimony—is to be calculated during a divorce in Illinois. Maintenance is intended to ease the economic impact of a divorce on a spouse at a relative financial disadvantage. But what if the financial disadvantage is somewhat self-imposed? What if the lower earning spouse could be earning more but is choosing not to do so? It may come as a surprise to learn that the court in Illinois is empowered to take action in such cases and to make a decision that is equitable to both parties.

What the Law Says

According to the Illinois Marriage and Dissolution of Marriage Act, a court is expected to take into account the income, resources, and employability of each spouse when deciding if maintenance is needed. The law also provides a formula to be used in cases where the couple’s combined income is less than $250,000 and there are no support obligations from a previous relationship. A recent appellate court ruling, however, upheld a lower court’s decision to add to a spouse’s individual income based on his marketable skills and employability, due to the fact that he was earning significantly less than his potential.

In re Marriage of Evanoff

In the divorce judgment of the Cook County couple in question, the trial court analyzed the income of both parties. The wife’s income was stipulated by both parties to be $348,880 per year, while the husband reported his income as $28,500 per year. The trial court determined that the husband was, in fact, underemployed, as he possessed a bachelor’s degree in communication and had spent more than a decade as a professional musician. At the time of the divorce, the man was working in a warehouse and had not made efforts to improve his financial standing even as the proceedings commenced.

Due to its findings, the court added $11,500 to the husband’s income, using $40,000 as his income for the purposes of determining maintenance, awarding him permanent payments of $4,300 per month. The man appealed the trial court’s calculation of his income believing that he was entitled to higher payments, but the appellate court affirmed the lower court’s ruling.

If you believe that your spouse is intentionally underemployed but is asking you for maintenance in your divorce, we can help. Contact an experienced Geneva divorce attorney for guidance with your case today. Call 630-232-9700 for a confidential consultation at The Law Offices of Douglas B. Warlick & Associates.