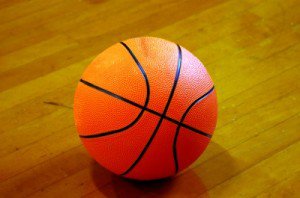 On February 6th, Pamela Smith filed a paternity suit against the NBA legend Michael Jordan.  She claimed that the two had an extramarital relationship in 1995, which resulted in a pregnancy.  At that time, Jordan was married to his wife Juanita, who he divorced in 2006.

The Georgia woman requested to change her son, Grant Pierce Jordan Reynolds’ last name to Jordan.  She also wants child support and assistance in paying for medical bills that are not covered by insurance. This comes on the heels of “Taj” posting a confessional video on YouTube in December of last year that confesses that MJ is his father and that they should have a better relationship.

His Royal Airness is defending himself against this accusation.  His spokeswoman Estee Portnoy released a statement that "public records show that the paternity of the child was established in a prior case in this same court many years ago and that Michael Jordan is not the father.  He also filed a counterclaim seeking sanctions for the false claims made against him.”

In Smith’s divorce proceedings from her husband Glenville G. Reynolds in 2003, the parentage of Taj was settled.  The marriage was said to have produced one child by the couple.  Smith signed the divorce filing that this was true to the best of her knowledge.  Reynolds was expected to pay child support payments while Smith had legal and physical custody of her son.

While Jordan claims that this suit is in bad faith, it may take his completion of a paternity test to put the issue to rest.  Paternity is important to assign due to the legal ramifications of support.  If you have any issues filing for parentage or receiving child support, seek out the assistance of an experienced family law attorney in Geneva.