Do We Need to Separate Before Getting a Divorce? 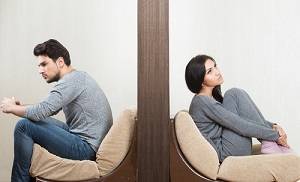 You probably know at least a few married couples who are going through a rough patch in their marriage. One or two of them may even have separated as they try to figure out what to do next. While many couples who undergo a trial separation end up back together, it is the beginning of the end for others. In fact, most couples who get divorced live separately for a period time before filing and while the proceedings are underway. But, does the law require a separation period before a divorce in Illinois?

Before 2016, Illinois law required a couple seeking a no-fault divorce to live separate and apart for up to two years before the divorce could be granted. If both spouses agreed, the court could shorten the separation period to six months. If a spouse filed for divorce on fault grounds—including bigamy, adultery, repeated mental or physical cruelty, and abandonment—the separation requirement did not apply. The filing spouse, however, was required to provide proof to the court of his or partner’s misdeeds. As a result, fault-based divorce fell out of favor with the average couple.

The mandatory separation period effectively put both spouses’ lives on hold while they basically watched the calendar. Without the divorce being finalized, the couple remained legally married to one another, even if all the other terms of the divorce had been negotiated and put to rest.

On January 1, 2016, sweeping reforms to Illinois’ divorce laws took effect and fault-grounds were eliminated as an option for divorcing couples. Now, all divorces are considered no-fault divorces. Perhaps more importantly, the changes also did away with the mandatory separation period. Today, if both spouses agree that the marriage has broken down beyond repair, the proceedings may continue immediately—dependent, of course, on the court’s availability. If the spouses do not agree that a divorce is appropriate, the court will accept a six-month separation period as irrefutable proof of irreconcilable differences.

A couple may seek a judgment of legal separation that is, in many ways, similar to a divorce, except that the spouses remain married to one another. Legal separations are often obtained by couples whose divorce is expected to remain ongoing for a long time or by those who object to divorce for religious, cultural, or other personal reasons.

Call Us for Help

If you have additional questions about the divorce process in Illinois, an experienced Geneva family lawyer can help you find the answers. Contact The Law Offices of Douglas B. Warlick & Associates for a confidential consultation with a member of our team today.