Posted on December 9th, 2015 in Paternity 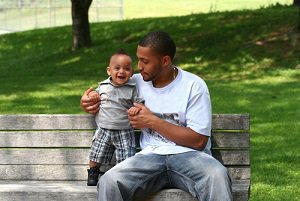 While much has been written about the new laws regarding divorce and child custody that are set to take effect in January, the new year will also mark the implementation of the updated law regarding paternity and parentage. The Illinois Parentage Act of 2015, or IPA15, as it is being referred to by many, will repeal the Parentage Act of 1984, which at more than 30 years old, was in desperate need of overhaul to meet the needs of today’s families.

Among the biggest changes being made by the IPA15 is shift in language from paternity considerations to the more general “parentage.” Of course, paternity is still a major part of the law, since it is obviously much more difficult to confirm the relationship between a father and child, than between a biological mother and the child. However, the new language in the law, where appropriate, is gender-neutral so as to recognize the establishment of parental rights for same-sex parents and surrogacy situations.

Another major update included in the law is the ability of the court to protect an existing parent-child relationship when a challenge is presented by an alleged biological parent. IPA15 grants the court the discretion to deny a request for genetic testing to verify or determine the parentage of a child who already has a presumed, acknowledged, adjudicated or alleged parent fulfilling that role. The denial however, must be based on the full circumstances of the situation and consideration of a number of factors including:

Consider an example: Assume a child was born to a married man and woman. By law, the man is presumed to be the father of the child since he was married to the mother. The couple subsequently divorces, but the father remains an active part of the child’s life, exercises parenting time and is granted a reasonable share of significant decision-making responsibilities. When the child is 8 years old, the mother reveals to the father that he may not be the child’s actual biological parent. If the father petitions the court to order genetic testing, the court would be forced to consider the situation very carefully, as the determination of non-parentage could have a tremendous negative impact on the child.

Of course, a situation like this could also result in a parent being required to pay child support when he or she is not the biological parent. That is why it is so important to work with an experienced Kane County family law attorney whenever you are working through issues of parentage. Call our office today to schedule a confidential consultation. We will discuss your case and help you understand your options under the law.