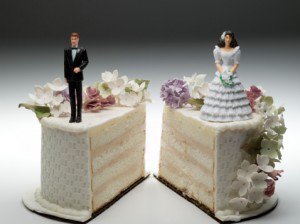 The researchers also discovered that younger generations do not appear to have much better luck in their relationships as the baby boomers. Breakups are also at an all-time high for those in their 30’s and 20’s. One of the reasons for that, Ruggles suggest, is that because many young people live together instead of marriage, leading to more frequency of getting together and breaking up.

For those under 25 years-old that do get married, the percentage of divorce is a little lower than for older generations. Education, financial background and family background all appear to play a role in those numbers.

Moving forward, the data that is collected from Americans should be more accurate due to changes that were made to the U.S. Census Bureau American Community Survey. In 2008, there were finally divorce-related questions added to the questionnaire.

There are many decisions that go along with a divorce – child custody, property division, spousal support, and more. If you’ve been considering a divorce, contact an experienced Geneva family law attorney to assist you.