Can Your Occupation Increase the Likelihood of Divorce? 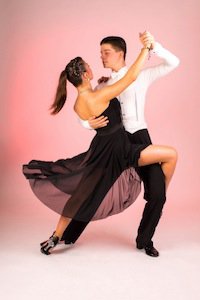 Many believe that police officers probably have one of the highest divorce rates of any occupation. However, in a study conducted by Radford University, law enforcement was not even in the top 15 of occupations with the highest rates. In fact, according to the study, police officers had a lower rate than the rest of the general population. Researchers used data from the U.S. Census Bureau. However, they only looked at people who were currently divorced and not those who may have remarried after previous divorce.

One of the questions raised was whether or not it is the profession itself that causes the high rate of divorce, or if people who are precarious in their marriage commitment are drawn to the profession because of the opportunities it may hold. For example, the profession with the highest divorce rate was dancers and choreographers, which had a rate of 43.05 percent. Professional dancers, entertainers, and athletes have more chances at infidelity because of traveling and time spent away from home.

Professions in the helping industry, like massage therapists or nurses, can require long hours and be very stressful. The same is true for jobs in the hospitality industry like bartenders, waiters and waitresses, hotel workers, and gaming workers. These jobs typically require longer shifts, as well as working nights, weekends, and holidays. Again, this means time away from spouses and family.

The fifteen jobs with the highest divorce rates are:

Researchers also discovered the jobs which had the lowest divorce rate. These are:

Several factors can disrupt a marriage, including occupation. If you are contemplating divorce, contact an experienced Kane County family law attorney to find out what options you may have when it comes to child custody, property division, and spousal support.