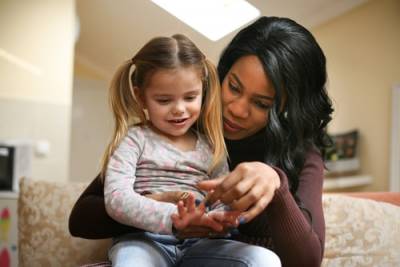 In Illinois, adoptions historically were completed in the traditional “closed” style. However, more and more people are choosing to have “open” adoptions in this day and age—and for a variety of reasons. While the processes for both types are fairly similar in terms of legalities, there are enough differences that it is important to make your choice before going through with the adoption.

Traditional adoptions in Illinois were almost always closed. This means that they were completed with no way for the child or adoptive parents to contact the birth parents at any time. This was once thought to be the most healthy way for a child and a couple to move on with their lives. It also helped cement the adoptive parents in the child’s life without interference from the birth parents.

Traditional adoptions come with promises of secrecy and confidentiality, including sealed files wherein the names of the birth parents—one or both—are redacted or otherwise kept confidential. However, an adopted person can apply, in many states (Illinois included), to access their birth information, even if a birth parent has requested anonymity. If the latter is true, the information is released to the now-adult adoptee via a third party. This approach balances the birth parents’ right to anonymity with the public policy position that permits adoptees to know their origins.

Despite the tradition of closed adoptions, the prevailing trend in the United States over the past decade or so has been to have at least a semi-open adoption - approximately two-thirds of American adoptions are either open or semi-open. An open adoption is when the adoptive and birth parents are in contact at all points, even after the adoption agreement has been concluded. “Semi-open” is essentially a mix of both approaches—perhaps sending pictures and letters but not pursuing constant contact with the adopted child. Most importantly, open adoptions allow the adopted child to know who his or her birth parents are, as all pertinent information is made available as part of the proceedings.

Open adoptions are now believed to be healthier and more positive for all involved. In Illinois, however, there may be unforeseen consequences. Some interpretations of the Illinois Adoption Act hold that even if the adoption process is initially agreed to be open, the adoptive parents have the right to terminate all contact between the child and the birth parents. The wording of the act states that “the natural parents of a child sought to be adopted shall be relieved of all parental responsibilities for such child and shall be deprived of all legal rights as respects the child.” There are multiple interpretations possible for this specific provision, but it is generally held that the adoptive parents of a child will prevail absent a clearly malicious agenda.

There are pros and cons to both types of adoption, and it can be helpful to have a professional guide you toward the one that will be best for everyone involved. Contact an experienced Kane County adoption attorney discuss your options. Call 630-232-9700 for a confidential consultation with a member of our team today.