There have been some surprising findings about divorce throughout the last couple of years. One such thing was a Norwegian study that found that couples who share housework are more likely to divorce—a troubling finding in a world where women are only just beginning to play an equal role out of the home. A Swedish study found that there may actually be a gene in women that can predict divorce, as if some women are just predetermined to split, regardless of socioeconomic or family background. And just recently, a report first published by MyDivorcePapers.com, and reported on by the Huffington Post, “couples whose individual weights fall between 101 and 200 pounds are more likely to file for divorce.” 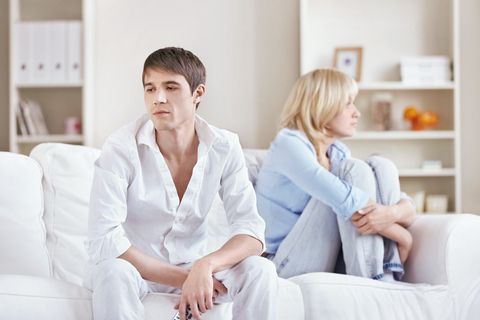 The study was conducted by examining 2,708 divorce cases. More than three-quarters of the divorces (76 percent) involved individuals who weighed between 100 and 200 pounds. “In contrast, approximately 18 percent of cases involved couples in which a partner weighed between 201 to 250 pounds, and 5 percent involved couples in which a partner weighed more than 250 pounds.” The fact that overweight couples may file less for divorce wasn’t included, meaning that the study is not an indicator that overweight couples are more prone to marital happiness—it could only mean that they’re less likely to split in the event of it. It’s also important to note, states the Huffington Post that, “height was not included in the data analysis, and therefore some of the individuals in the 101 to 200 pound range may actually be considered overweight as well.”

According to an article published earlier this year in New York magazine and later speculated upon by the Huffington Post, weight gain may not just be a reason to stay in a marriage, but a reason that a person gets served divorce papers. The Huffington Post asks “Is divorcing your spouse because he or she put on some extra pounds going too far?” For many readers, the answer was no.

If you or someone you know is considering divorce, or just want to explore your options, the most important first step is to contact an experienced family law attorney. Don’t go through it alone. Contact our office today.